This week’s craft project has me skeered, I’m not going to lie. For the past month and a half I’ve had fun doing a simple and quick crafty thing each week, like making a fall wreath, stenciling a pillow, painting baskets, decorating pumpkins & gourds, making vacation keepsake globes, and taking ceramic paint for a spin on a bowl full of colorful cacti. Each of those projects took under an hour, and they were pretty easy and straightforward (paint this, wrap this around that, caulk this) – so I don’t know what got into me this week and whispered “how about painting a little portrait of your first house?”

It easily took me five times as long as any other Weekly Crafty project that I’ve tackled, but I’m nervous about it. I don’t know, it’s kinda cute and simple and John really likes it (and if you see where it started – woof! – well, it came a long way) but it’s a far cry from those amazing house portraits on Etsy. This blog has always been about sharing the good, the bad, and the ugly though, so here’s how it all went down… 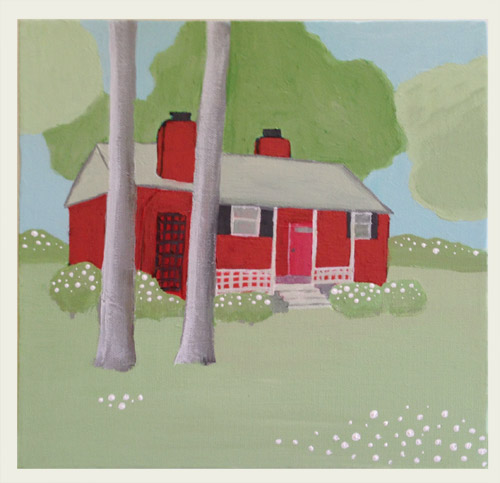 First of all, it’s a 10 x 10″ canvas from JoAnn (snagged during one of their 50% off sales for $4) and I used a set of acrylic paints that I already had, but I think if you need to buy one it’s around $12 at most art/craft stores (unless it’s priced higher at a place like JoAnn since they assume you’ll use a 50% off coupon).

By far the most fun slash cringe-worthy part is watching the progression of this little painting of mine. Here’s a “slideshow” of sorts with ten shots that I snapped as it went – many of which make me groan out loud – but I was channeling Dori pretty much the entire time. “Just keep painting, just keep painting.”

I thought a breakdown of each step might be helpful in case anyone was wondering how I “built” the portrait in about ten different layers/stages, so… 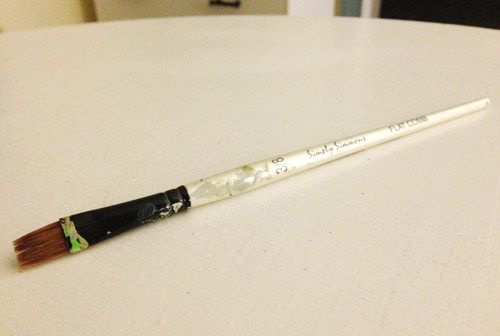 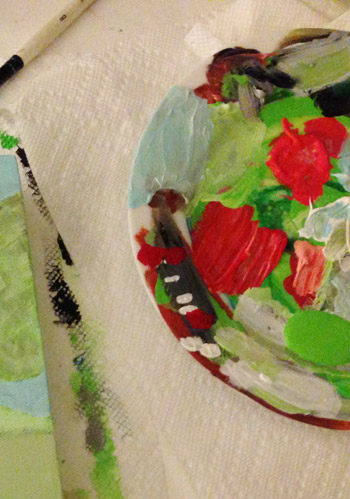 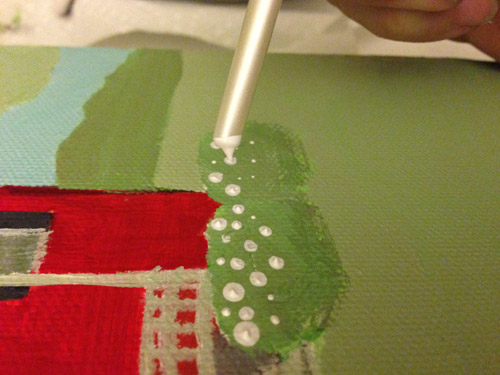 Then I stared at it for a good ten minutes and finally said “I’m calling it done.” All told, it was probably five hours of painting (spread across three days) and for the most part I really enjoyed the process. There was something comforting about knowing that I could always just add another layer of paint over something if I didn’t like how it turned out. It was like a challenge with endless do-overs.

After I was sure I was finished, I just let it dry for a good 24 hours and then I realized I should seal it, so I emailed an artist friend of mine and asked what she uses on top of her acrylic paintings to make them glossy and finished looking. 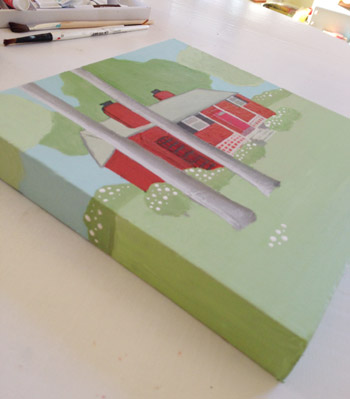 She clued me in on Liquitex High Gloss Varnish, which I think I vaguely remember using years ago in college, so I grabbed some at Michaels (yes, predictably with a 50% off coupon) for about $9 I think, and applied three thin and even coats about four hours apart. I was surprised this stuff was so much money ($18 regular price for a small size) but it’s really thin – sort of like poly – so a small bottle like this could easily last you 30+ paintings. So now that I have it I just have to try not to lose it. And to try and drum up the confidence to paint something else… 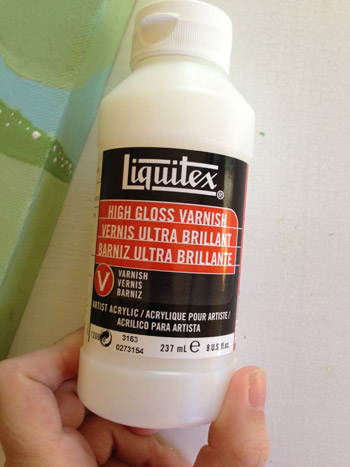 Here it is all hung up in a corner of the office. John has been earning mad husband points by saying it looks really nice there, but I think it would look better paired with another painting… maybe of our second house if I ever get the urge to dive back in and make one. 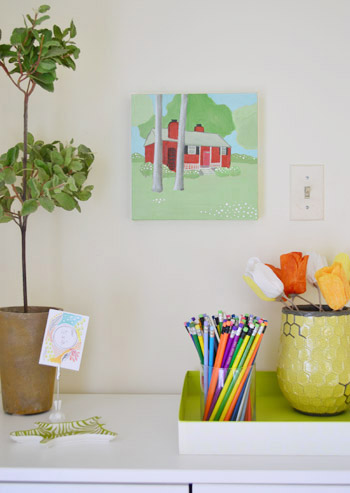 When I peer a little closer, that’s when I say “this is kinda cute” so I thought I’d toss in a little detail shot for you. I debated painting the sides of the canvas white or green or even charcoal but in the end I wrapped the image around the side by just continuing the sky/trees/bushes/grass, which I think ended up being a good call. 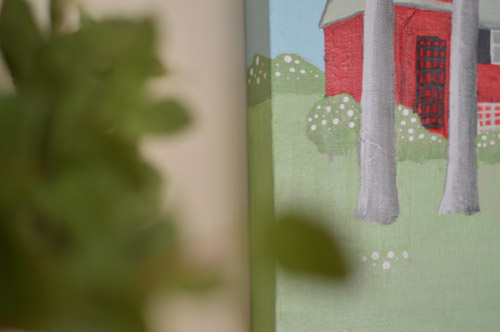 So that’s the story of my crafty house portrait pursuit this week. Upon further reflection, I think I wish I had done the middle tree behind the house in the lighter green tone and the two on the outside in the slightly darker green color. That might have looked a little more like the house had kind of a halo of lightness with the darker things on the outside edges.

Have any of you guys attempted a house portrait? Was it with paint? Mixed media like fabric or decorative paper? Did you do something in photoshop with one of those filters like watercolor? Or did you shoot a portrait with your camera and get it all framed up and matted nicely?

Landscaping In Fast Motion
What Kind Of Accent Do You Have: The Quiz