Psst- Thanks SO MUCH for the love with our little announcement this morning guys. You rock our socks. For reals.

Well, we aren’t going to make 2,013 resolutions, but here are five of them. You guys know that every year we like to broadcast them to the world to light a fire under our arse in the hopes of accomplishing them (you can check out last year’s here, 2011’s here, and 2010’s here). So let’s get cracking… 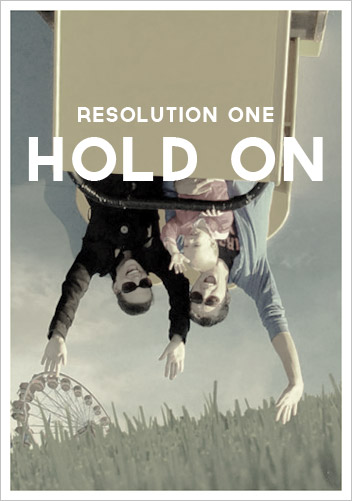 #1. Hold On. Let’s just say that for anyone who worries we’ll run out of things to do or rooms to makeover or projects to tackle… this is going to be our busiest year yet. Chock fulla new DIY undertakings. We can’t reveal everything yet (there are some pretty big cats in some pretty big bags) but we can’t wait to free the kitties! So beyond having a ton of untouched spaces to tend to here (like Clara’s big girl room, the front porch, the carport, the guest bathroom, etc) let’s just say we’re not going to stop there. We have some other MAJOR things, and we can’t wait to over-share every detail with you guys. And no Mom, I’m not pregnant. 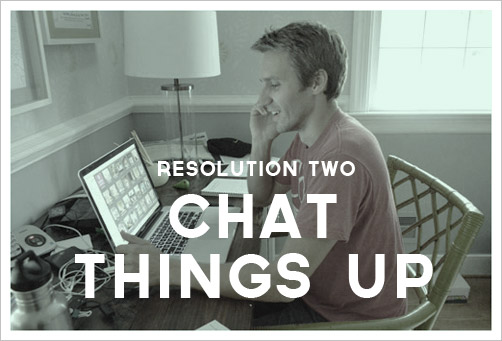 #2. Chat Things Up. Without a doubt, you guys put the “you” in Young House Love, and we’ve mentioned that we’d like to work more of “you” into our little DIY diary. We’ve actually heard from a lot of you who’d love to see forums over here as a friendly and helpful way to share photos, advice, ideas, inspiration, and all that good stuff. So we’ve been researching how to get those going without crashing our site or spending hours each day maintaining them. We’d really love to give it a try, so our goal is to focus even more on making that happen in the spring (after we’re done with book tour craziness). Cross your fingers and whisper “no crashies, no crashies, no crashies” (that’s our equivalent to “no whammies”). 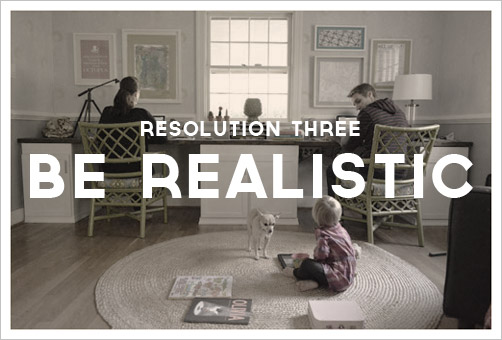 #3. Be Realistic. As much as we like to avoid blog stage fright by pretending that we’re just talking to 10 readers, the truth is that there are a lot more people dropping in. And most sites with over 5 million hits a month tend to be coded, written, and run by a team of people. Meanwhile, we’re just a guy and a gal with a toddler running around who are juggling DIY projects, post writing, an in-progress book tour, site coding, and a bunch of secret-project balls (wait, that sounds wrong). So this resolution is just about reminding ourselves that we’re only two people. Two highly dedicated folks who love what we do, but two people who can’t do the work of ten people, no matter how hard we try. And this year we’re gonna stop beating ourselves up about it.

Since we like our grass roots approach (we have no desire to hire people to answer comments, write posts, or program the site) that means that we need to be as efficient and realistic as possible and stop pressuring ourselves. We’re not HGTV or BHG, we’re John and Sherry from the blog. And amazingly, you guys tell us that’s a big reason that you like YHL, so it’s about time we embraced it. 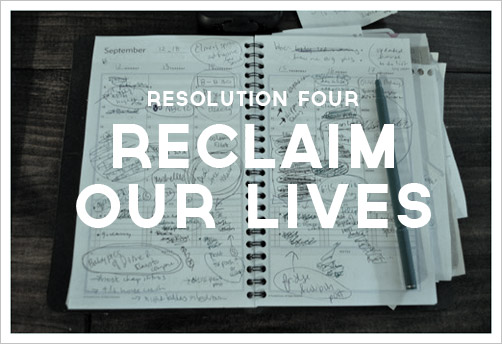 #4. Reclaim Our Lives. This sort of connects to resolution #3, but we’ve publicly struggled with finding balance for a few years now (here, here, here, and here) and answered “how do you do it all?” questions with “we just don’t sleep – maybe we’ll sleep next year.” Well, it’s officially next year, so it would be nice not to be up until 1am finishing projects and writing posts and juggling book stuff along with keeping up with normal things like laundry and cleaning and grocery shopping. We never aspired to be people who work on nights, weekends, and even on vacation (in fact we moved from NYC to Virginia back in 2005 to escape that lifestyle) so the irony isn’t lost on us. 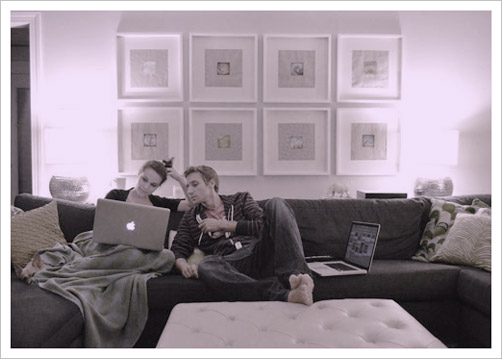 But although many of you chimed in during our blogiversary to say that you’d be happy with one post a day, we aren’t quite ready to scale things back that much, so we’ve decided to go from 8 posts a week down to 7 posts a week (along with 2 more over on Young House Life as usual of course). At the end of the month whenever we glance back at our monthly roundups we’re always surprised at how much we’ve done, and this change shouldn’t affect that very much at all. It mostly means we’ll space out posts like Window Shoppings, House Crashings, Budget Blooms, or Reader Redesigns a bit more so there’s one less of those posts to write, photograph, edit, proofread, and answer questions about each week. 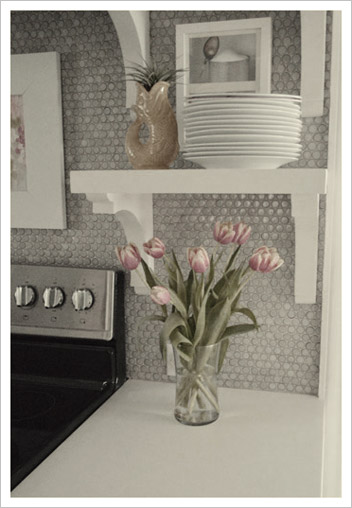 Hopefully you won’t notice the shift very much (we think we’ll post twice on Monday, once on Tuesday, twice on Wednesday, once on Thursday, and once on Friday along with two more posts each week over on Young House Life). And that pace will allow us to spend more time brainstorming ideas, actually doing projects, and recharging with the family – three things that add up to happier bloggers, which will hopefully lead to even more thought-out projects and creative ideas. It also means we’re less likely to throw in the blogging towel. We definitely want to play the long game and not burn out since we truly love this strange little career we’ve built, especially when we’re balanced and smart about how we run this little two person ship of ours. 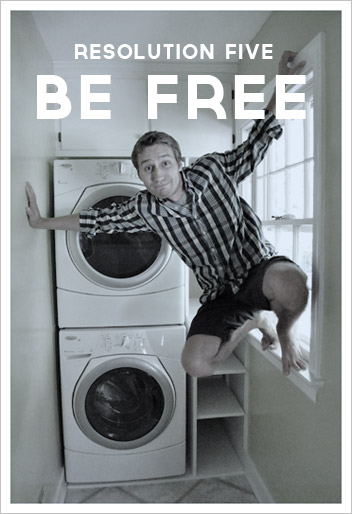 #5. Be Free. You guys never fail to surprise us by responding to the most random of posts (like this one I wrote about breast feeding and this one John wrote about running). They both got hundreds of comments more than any other DIY related post around it, and they remind us that sharing more than just painting and sawing and gluing and sanding is as fun for you guys as it is for us. Heck, even a random Friday post like this one about five weird things about me elicited over 1,000 comments – and they’re without a doubt the funniest comments on our entire site. Seriously, take ten minutes to scroll through a page or two and I guarantee you’ll be giggling. This blog is our happy place and these spontaneous posts keep it light and fun. And we think blogs that are more stream-of-consciousness than polished-and-perfect are the most fun to read anyway.

So those are our five putting-them-out-there resolutions for the coming year. What are you guys resolving? Any personal ones? Personally I’m resolving to simplify things like crazy (something I’ve said before, but I’m feeling even more determined to master it this year). I have too many gadgets and decorative objects and pillows and gift bags and pens and about a million other things that add up to a whole lotta clutter, so I can’t wait to pare down and attempt to live as simply as John and I did back in NYC when we each had tiny studios without attics and basements to hoard clutter. Less really is more, in so many ways.

Shady Business
What We Got Each Other This Christmas