Woot! Yesterday we OFFICIALLY BROKE GROUND ON THE BIG DECK PROJECT! Although breaking ground is a bit of an overstatement since we are not even close to digging post holes yet – we’re still working on getting our ledger board up (those are the support beams that run along both sides of the house to start the deck frame). Let’s just say that cutting and drilling into brick – especially brick that makes up the side of your house – is not for the faint of heart. So we still have a long way to go, but we’ll be back on Monday to share our progress! Until then here’s an Instagram sneak peek that I snapped of Clara playing Job Site Supervisor while peering through the sliding glass doors (you can actually see some ledger boards hung against the house in the reflection): 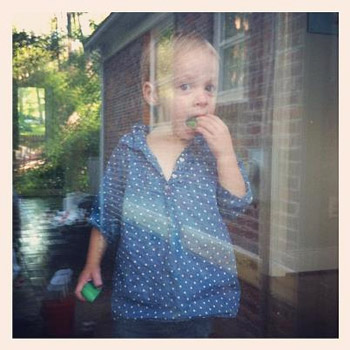 But back to the real subject of this post: present projects. You know we love a project. Especially when it’s personalized. May is always a busy month for gift-giving in the Petersik family. Not only did we have Clara’s birthday and Mother’s Day back-to-back, but in the past two weeks we’ve also marked my mom’s birthday, Sherry’s mom’s birthday, my sister’s wedding anniversary and my parents’ wedding anniversary (their 40th!). So there are lots of milestones to be celebrated… and lots of gifts to be given. But we’ll spare you a run-down of every unwrapped gift and just show you some of the highlights – mainly the things we designed/put thought into customizing and personalizing with a little DIY design input.

Let’s rewind first to Mother’s Day, when I coordinated with my three sisters to give our mom a gift that was inspired by our visit to Richmond’s Spring Bada-Bing craft fair in April. Look familiar? 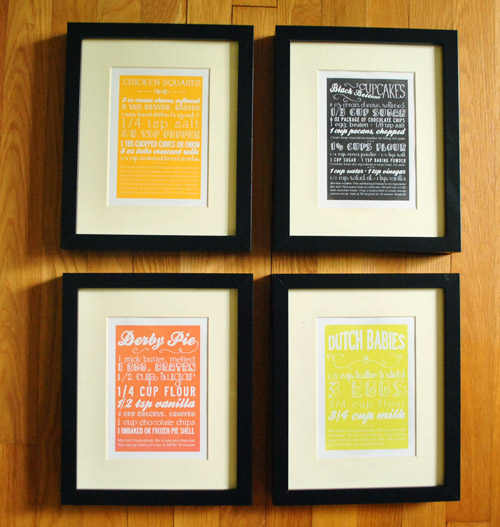 Those are the Articipe prints that we spotted at the craft fair, and I ordered four custom prints for my mom (there was a “buy 3 get one 1 free” deal going on, so it was $75 for the four 5 x 7 prints and $20 for the four Ikea Ribba frames). I loved that my three sisters went in on them with me so they could be from all of us (we each selected our favorite recipe of my moms and they were apparently so iconic that my mom could guess which person picked each one). She had given each of us a collection of her go-to dishes after we graduated, so were able to use that to get the recipes just right. 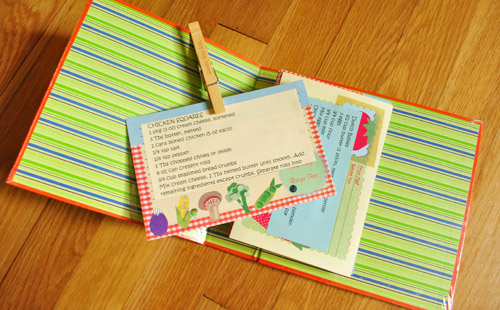 I chose “Chicken Squares,” which is some old Pillsbury recipe that I’ve made so often I can basically do it with my eyes closed (this version listed here is similar, but not exact, to what my mom cut out of a magazine at least a few decades ago). Of course the Articipe version came out much more beautiful than any recipe I learned off of! 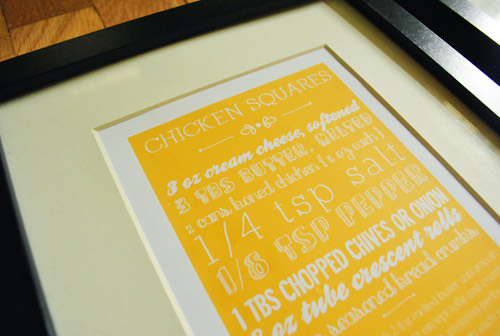 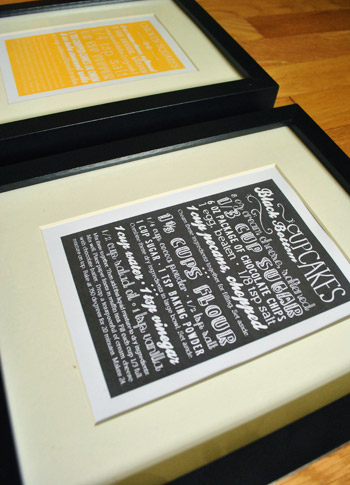 My sisters and I actually had a great time picking the recipes and reminiscing about our favorites – wondering when we last had a certain meal and comparing what was popular with my mom at what time (there are 13 years of age between my oldest sister and youngest sister, so things evolved a bit throughout our childhood). 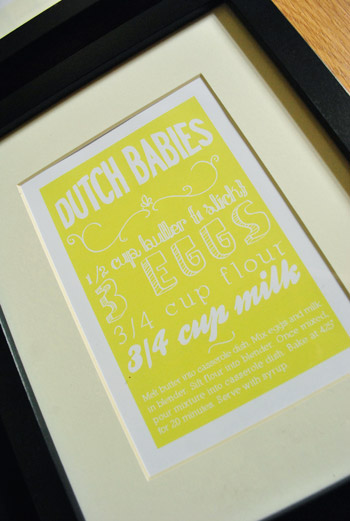 My mom loved them. And after accurately guessing which of us had chosen each recipe, in true form she pointed to a Derby Pie that she had brought with her to our Mother’s Day celebration. Love you mom! 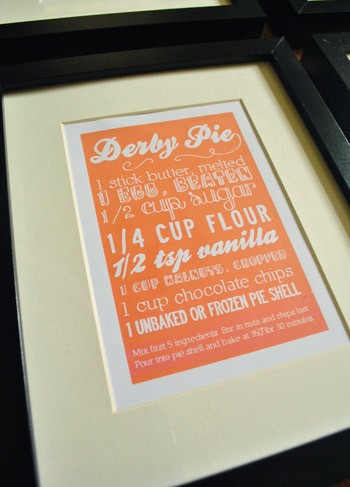 While we’re on the topic of my parents, let’s switch celebrations to their anniversary. Specifically, their 40th wedding anniversary (thanks all who congratulated them when I posted this Instagram pic of the breakfast we whipped up for them last Sunday morning). 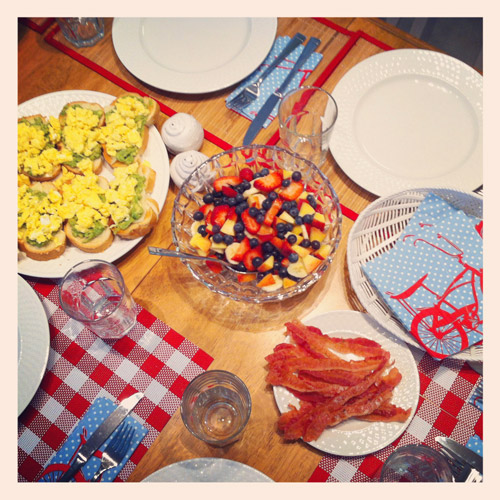 But breakfast wasn’t our gift. Though the present was once again meal related – and also in the vein of commemorating something my sisters and I grew up with. Before any sit-down meal growing up we would always say grace. We held hands and said the same words every time: “Thank you God for a pretty day.” I’m not sure the origins of it, nor why we adopted “pretty” as the adjective to describe our gratitude but it has been something we’ve said for decades. And the other day it struck me just how meaningful the saying was: we were walking in the park with Clara when Sherry and I each took one of her hands. She took holding hands as a cue and shouted “Thank you PRETTY DAY!!!” We couldn’t stop laughing.

So that night I whipped up this graphic in Photoshop (the small font is Bangla MN found on my Mac, the other is Freebooter Script downloaded here):

I then hunted down this listing for a custom platter on Etsy and emailed my sisters with the idea. They were in, so we ordered it (it was $70 with shipping) and a couple of weeks later this came in the mail: 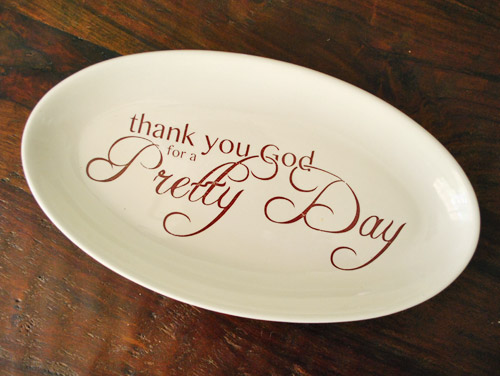 We figured they can display it or actually use it to serve food on, that way our sweet little family grace is present at every meal in more ways than one. But whatever the use, we were all just so happy they liked it as much as they did. My sister managed to capture some shots of the gift-opening this weekend, but this is the only one I’ll dare share. Once it was actually opened there were some tears going on – and I know better than to post photos of any of our family members’ cry-faces. 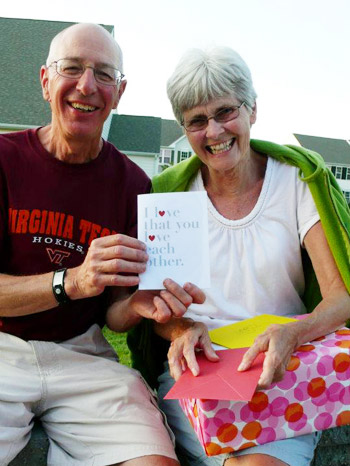 I have to admit that I was tempted to make a gag version based on the time my dad slipped and accidentally said “Thank you God for a pretty face.” Something tells me this was the better choice though… 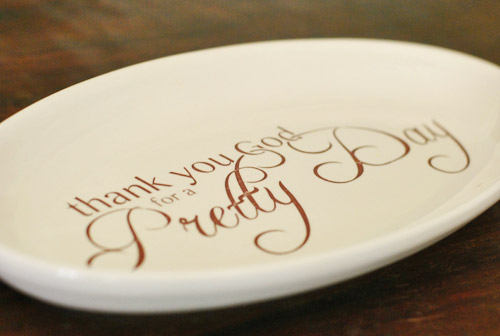 Oh, and if you’re wondering what Clara, Burger, and I gifted Sherry for Mother’s Day – well, among other things (like the flowers shown here) we finally got Sherry two of those West Elm Hive Vases she has ogled for at least a straight year. Here they are hanging out on the fireplace mantel in the kitchen. You know we have a thing for bees… 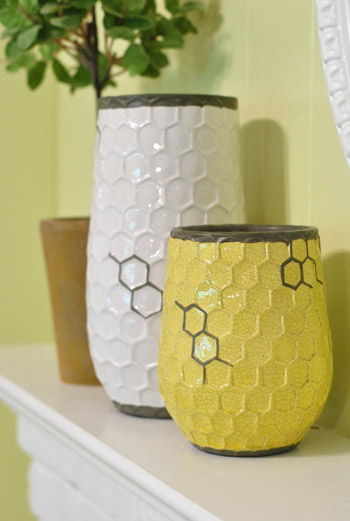 And there was also the One Word A Day journal that Sherry mentioned back in this post. It was on sale for $5 at Urban Outfitters so I thought it’d be a fun addition to Sherry’s journaling tendencies. 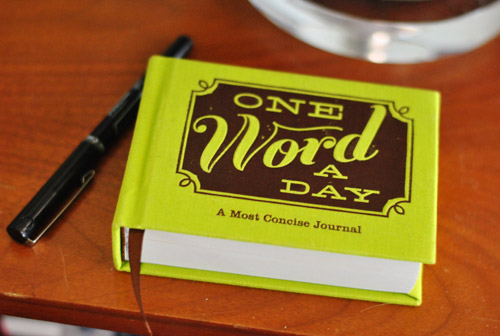 Of course in true mother-ing fashion, Sherry’s using it to document Clara. She thought it’d be fun to write down a new word Clara was saying, but ultimately decided it’s more entertaining to write full sentences or conversations that Clara’s cracking us up with – like this one that coincidentally happened after saying grace one night. Yes, she thought we were saying “a man” instead of amen. So naturally she wanted to include a lady too. 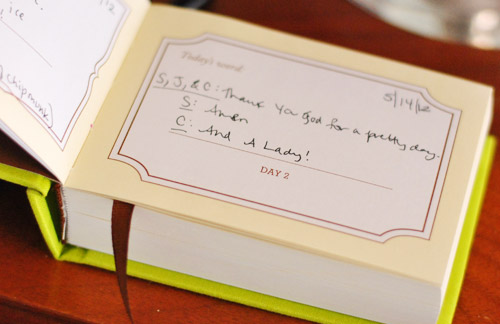 Anyone else have a gift-tastic month? Did you get (or give) anything particularly designed or personalized? Is anyone else excited like me that a quieter celebration month is upon them? Or at least a month where they get to be celebrated – hello Father’s Day!

Psst- Speaking of presents, we shared a sweet one that Clara got for her birthday over on Young House Life.

Pssssst- We announced this week’s giveaway winner, so click here to see if it’s you.

Reader Redesign: Things Are Looking Up
How To Build A Deck: Materials, Flashing, & Ledger Boards