Can you believe it has already been almost five months since we shared a house tour with you guys? So I decided to walk around with the Flip cam and show you how each room can look on an average day (since we had lots of fun with a no-cleaning-first tour back in April). And yes, this is the real deal. I didn’t pick up a thing (as demonstrated by my embarrassing bra on the chair in our bedroom, so just pretend you didn’t see that, ok?). Oh and for those of you who are at work, you can watch it on mute and pretty much get the gist of the average everyday glory. Or just try to read my lips (just kidding, I’m not on camera):

What about you guys. What would people see if you randomly made a shaky nausea-inducing video of your house before picking up a single thing? Anything embarrassing out there like a Carebear night light in the bedroom or an NKOTB poster in the closet? John actually had a Britney Spears calendar when I met him in 2004. Not lying. And she was wearing things like red leather bodysuits and braided pigtails. What can I say, my man has good taste.

Speaking of which, I was just going through old folders on my laptop and I found a bunch of funny old pics that I thought I’d share in the spirit of “any given day.” Here’s me and Alicia Keys back in 2005. We’re old friends. Just kidding, but I did get to meet a bunch of celebs when I used to work in advertising back in NYC (and they were all super nice except for one “star” who is rumored to be not nice – and let me tell you the rumor is true). 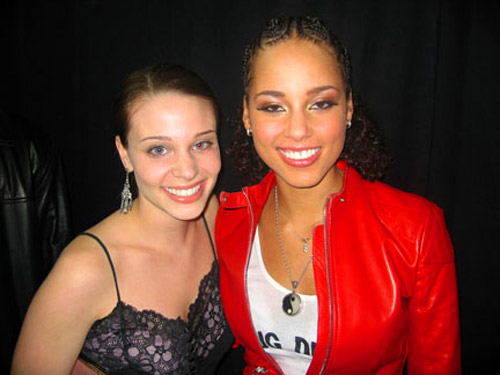 Here’s John’s passport pic from when he was 16 next to the one snapped when he was 24. Aw, Johnny’s all grown up. 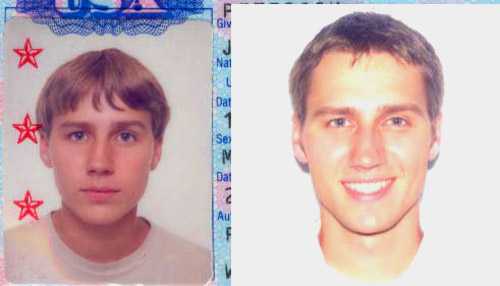 Here’s John as a life-sized doll back in 2005 when we worked together (we met at an ad agency named Lowe where I was a copywriter and John was an account guy – aka: a suck up). The entire office cracked up about this project (it was for a certain deodorant client of ours). I definitely prefer John The Doll to the smarmy Ken doll that I had growing up. 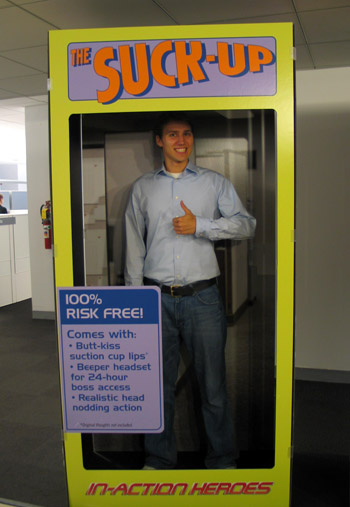 Aw, here’s our engagement announcement photo (that we emailed to a bunch of friends and family, hence the photoshopped writing) from 2006. It was snapped about a minute after John got down on one knee at the top of a mountain (more on that here). Best day ever. Well, top five at least. 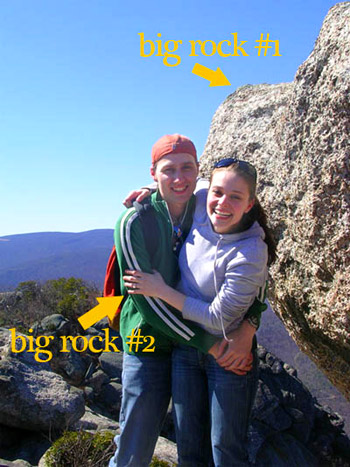 And here’s me and John the last time I chopped off my hair (right after our wedding in 2007). That’s Thomas Jefferson with us in case you’re wondering. 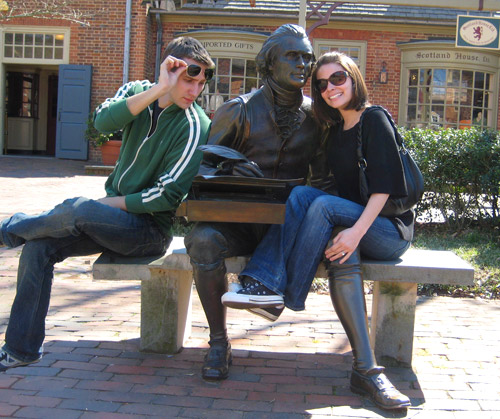 So how’s that for Friday randomness? What odd old photos are sitting around on your computer? Would you ever have guessed where you’d be today five years ago? We had no idea we wouldn’t both still be working in advertising (we really liked it and miss it all the time!) and after six years of calling NYC home, I never thought I’d leave. So funny how things work out.

Psst- Check out our first ever messy house tour here (it’s fun to see how many rooms have changed since April when we filmed it).

Anatomy Of An Ikea Visit
Making A Compost Bin From Pallets