Just as planned, we held our very first yard sale this weekend. It was lots of work, but it was also a total success. We got rid of everything and made exactly $425 in the process. Cha-ching. (This is the part where I don’t think about how much we probably paid for everything in the first place- although in our defense, a good amount of stuff was handed down or gifted). 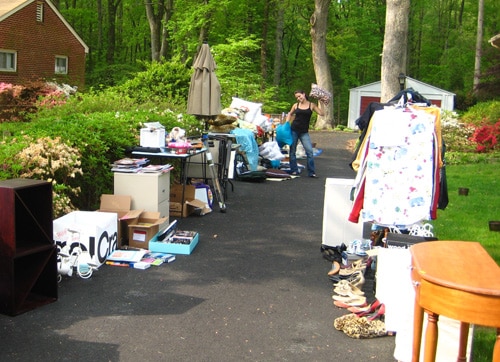 We couldn’t have done it without the great tips we received from you guys. Here’s a quick breakdown of some of your advice that we put into action (and a few things that we learned along the way):

And you know we love a good “after” so here’s ours… well, before we packed the car for the Goodwill trip (and before a neighbor came back for her previously purchased patio set). All that remained were some books, clothing, and shoes (nobody could fit into Sherry’s size 5). All perfect items to donate. 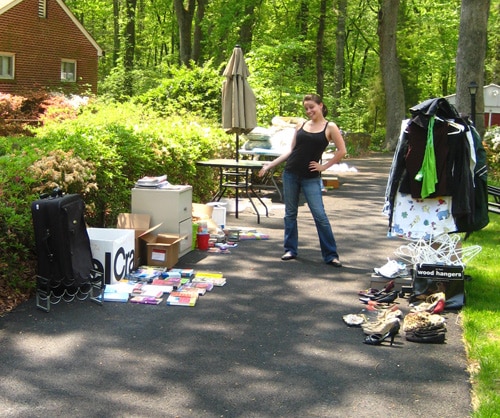 In addition to some moolah and an emptier basement, the day also gave us a couple of good stories.

First, we had the pleasure of selling our old screen door (the yellow one you used to see in our header above) to a couple of guys who were just starting to build a “green” home. The door met their goal to build using only recycled materials and they even talked about designing the house around its cheerful yellow color. We were thrilled that it would get to live on in such a noble, environmentally-friendly way. 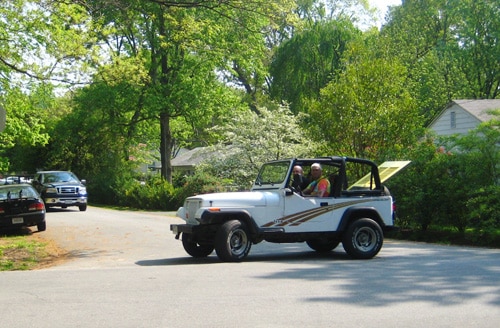 Then we were visited by Buddy, a big friendly dog that got loose from his owner and wandered over to “terrorize” our shoppers. After some running and rolling, Sherry was able to wrangle him into our backyard while I set off to find his family. I returned (with an alarmingly carefree neighbor in tow) to find Buddy cooling off in our sunken-bathtub pond (which was covered, by the way, until Buddy jumped in for a dip). 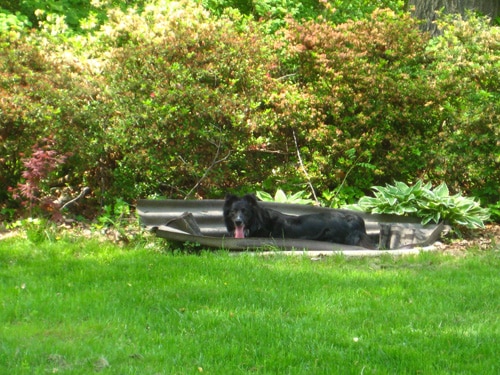 A semi-wet Buddy eventually made it home safely, and the rest of the sale went off without a hitch. And the whole thing was actually kinda fun… but we’re in no rush to accumulate that much junk again.