After mentioning our near cross-country road trip last week, did you find yourself wondering how we entertained ourselves for over forty hours of driving? Well, we filmed a lot of it with our trusty Flip video camera. And we spent this past weekend not in the car (hootie hoo!), but trimming down all that footage into a little musical montage video of our road-trip-on-steroids. 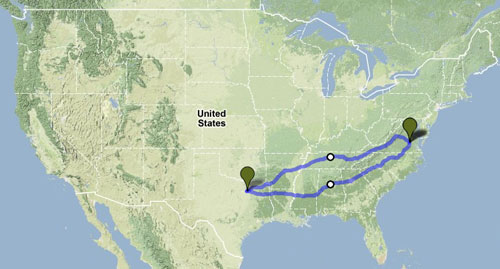 For those curious enough to take the journey with us, we can promise you’ll see:

So, without further ado, please enjoy the virtual road trip below…

And while we’re on the subject, tell us where we can get a sneak peek at some of your summer travels. Got any good road trip stories to share? Photos posted somewhere to view? If anyone else has iMovied a little road trip video, we’d love to see it. Long live long drives!

Fab Freebie: I’ll Drink To That
15 Favorite Tools That We Keep On Hand At All Times