To make room for our DIY-ed clothespin light, first we had to give the current fixture the ol’ heave-ho: 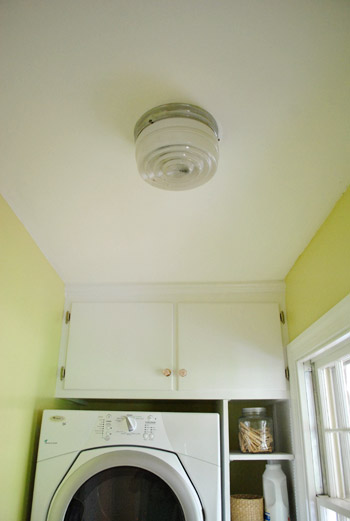 Well, not literally. Since there’s actually something kinda charmingly retro about that puppy, we wanted to give him a new life somewhere else in the house instead of sealing his fate (aka: donating him to the Habitat For Humanity ReStore). That’s where this hallway that leads to the guest room, hall bath, playroom, and nursery comes in: 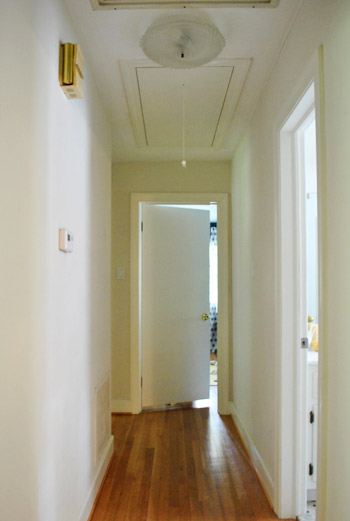 Clearly our hallway screams “nothing to see here folks, move along” for the time being, so there’s certainly a lot to be improved upon. But our attention kept going to this 18″ wide (I’ll pause while you digest just how wide that is) behemoth of a swirly ceiling-fan-ish glass shade. This picture does not do justice to its sheer size and resemblance to a giant serving dish for a twenty pound turkey or five million brownies in a pyramid. Be careful not to stare too long, you might fall under its hypnotic spell… 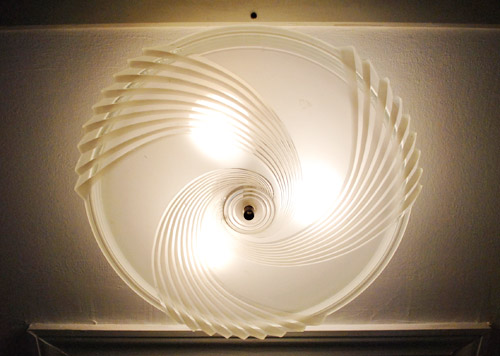 Are you getting sleepy? Well, if you aren’t – apparently I was. Because moments after turning off the power, taking that honking twice-as-large-as-the-soon-to-be-installed-light down, and readying myself to install the smaller and more streamlined retro laundry fixture in its place… this happened: 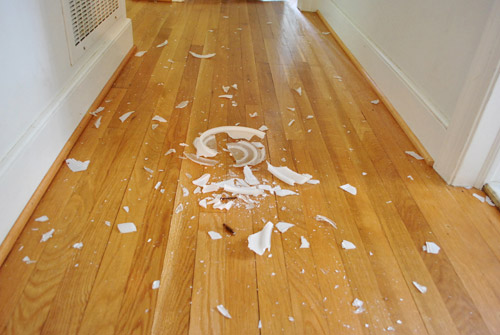 No sooner did the loud shatter stop ringing in my ears did I hear this from the other room: “John, PLEASE tell me was the old light.”

Sadly I couldn’t. As I raised the metal base of the laundry light towards its new home in the hall ceiling, I failed to notice the glass cover had accidentally come with it – barely hanging on by one screw. Call it working too fast. Call it butterfingers. Call it errant flashbacks from cleaning up after someone who pooped in the bath that morning (hint: it wasn’t me, Sherry, or Burger). Whatever my excuse, this current all-my-fault situation… 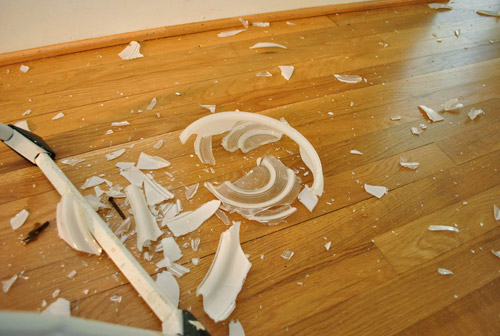 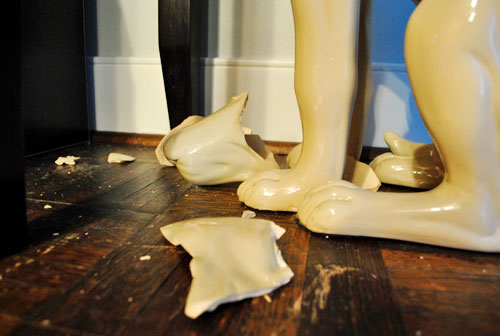 The lesson here? Don’t let me near anything fragile in a hallway. Ever.

The other lesson? Bless Home Depot for selling similar glass bulb covers for seven dollars. A quick trip out to the store followed by some much-more-careful light fixture installation left us with this (don’t mind the ugly attic pull-string in the background- we’ll have to upgrade that): 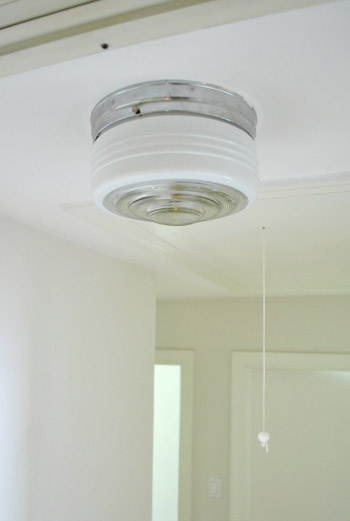 It’s not quite the same as the original (which had subtle frosting on all sides, whereas this has a more distinct white band and a translucent base) but we don’t really mind the slight difference. Sherry’s considering the whole spray-frost option down the line if she changes her mind, but we’re happy to live with it as-is for now.  And at least finding something similar spared us from having to reinstall the old light again. Which is basically the DIY version of the walk of shame.

We’ll be the first to admit that the new fixture hardly qualifies as a “room transformation,” but maybe we’ll do something fun with it down the line – like paint the base a fun color, or add stripes a la this $75 version from Schoolhouse Electric: 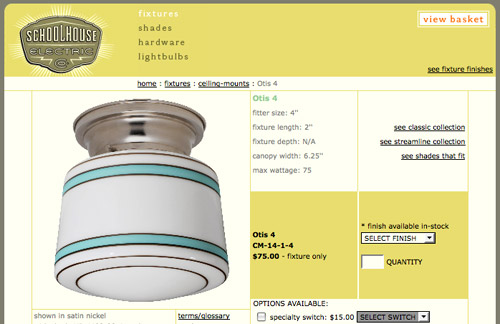 We learned from our other hallway (where we hung a ton of frames) that this type of small space can actually be a fun spot to do something semi-dramatic. So we’ve talked about DIYing some wainscoting or some other architectural detail (and maybe even using a bold-ish color above the rail). The only challenge will be working around all the other wall acne. Like this oh-so-attractive doorbell for example: 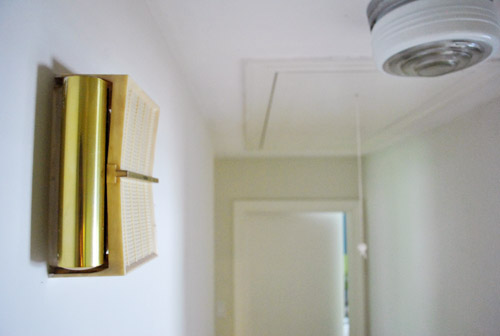 Maybe when it comes time, we’ll shop for a new doorbell at this place…

Random side note: when I briefly studied improv comedy at the Upright Citizen Brigade Theatre in New York, that girl was in my class. Clearly we followed similar paths in life.

Oh look, now I’m all sidetracked. Where was I? Oh yeah, apparently I break stuff. You?