We’re working on hanging our new pendant lights so we’ll be back to share those pics in the morning. In the meantime, let’s talk about something people ask about all the time: photo storage. Ever since seeing Katie Bower’s family photo book two summers ago, we’ve been drinking the photo book Kool-Aid – starting with our very first Family “Yearbook” that we made last summer (you can read about that here). And now that another year has wrapped up, well, let’s just say this arrived last week: 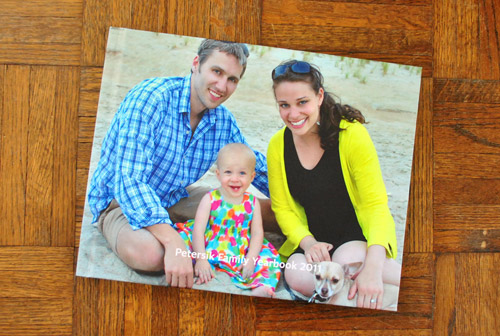 It’s one big glossy photo book stuffed to the gills with all of our family photos from 2011. Except the perk is that while it has around 600 photos, it’s only about a half-inch thick. Which is awesome for storage purposes (way less cumbersome than thick overstuffed photo albums that only hold 100-200 pics each). We ordered it through MyPublisher and thanks to a promotion they were running for free extra pages, we got to max out their page limit (100) and pay nothing extra. The discount (which has ended since we received our book – but they tend to pop up pretty frequently) actually saved us $79! And we’d easily pay $44.99 to print all those pics (not to mention having to buy a bunch of albums to put them in) so a photo book can actually end up being quite the deal. And no, they didn’t pay/perk us to write this, we just like our photo books. Haha. 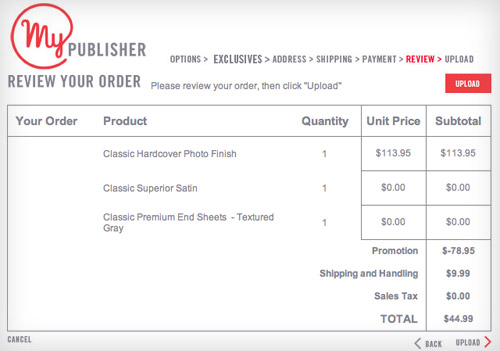 We did our last “yearbook” way after the fact (like mid-2011), so it took a bit of backtracking to organize all of the photos. But for 2011 we planned ahead and kept all of our photos in one iPhoto album (which automatically kept them in chronological order for us), which is why it only took a couple of weeks into the new year to actually get this one done. So let’s take a quick look through all one hundred pages… just kidding. We’ll just take a peek at some of the highlights – like our opening page that we edited to include some text to summarize some of the, well, highlights from the past year. We think we’ll love looking back on it (and having a summary of the whole year on one page). 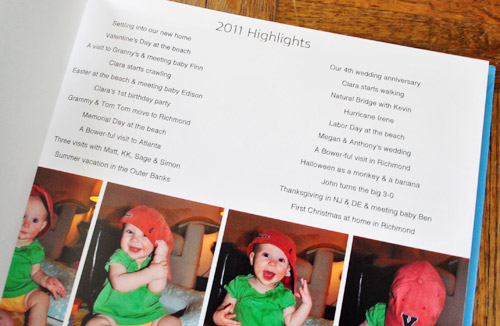 We also tried to group big events, holidays, and milestones – like the several spreads of Clara’s 1st birthday party. Check out how dark our kitchen was in the bottom left corner! 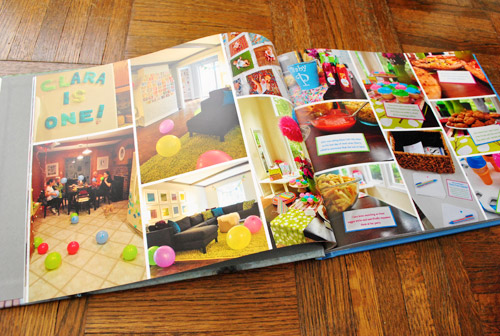 We also used the preset page designs to give some really special photos the layouts they deserved, like the ones Katie B. snapped when we visited the Bowers in June. 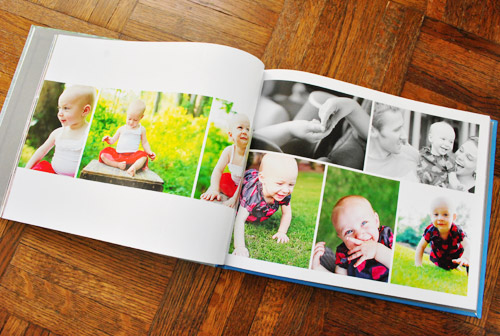 And since it’s not hard for these albums to turn into a Clara-fest, we paid special attention to making sure Burger got plenty of love as well. He even scored a few dedicated pages throughout (every album needs a good Burger-montage or three). 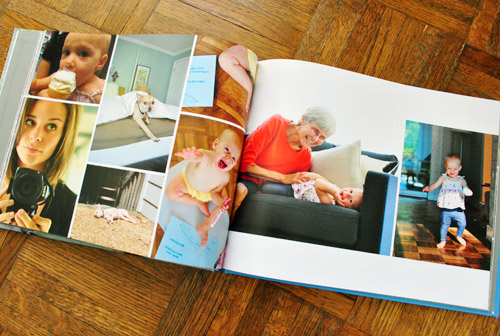 We also thought it was fun to put all of the photos we took for our Blogiversary “Day In The Life” post into the yearbook in order. That way in 15 years we can look back and sort of remember what a normal day was like way back when… 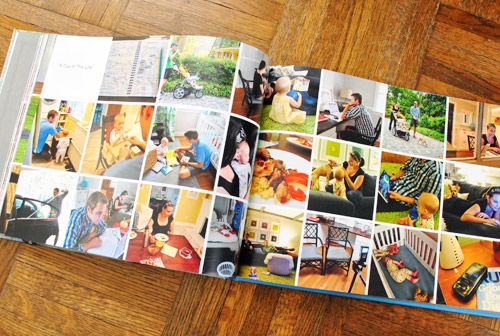 We nearly ran out of pages by the time we got to Christmas (darn 100 page limit!) but managed to make room. Heck, we even squeezed in a collage of a bunch of our holiday card outtakes. Yeah, we’re kind of into our kiddos. 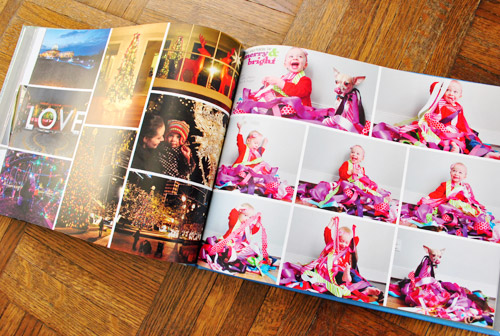 So since we’re on a family yearbook high – especially now that our collection is two albums strong! – we’re already excited to make the 2012 version. 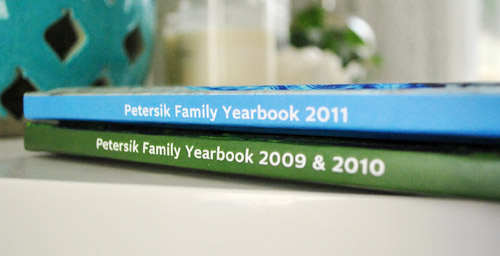 But because that’s not possible yet (unless we want it to be 3 pages long) we’re thinking that we may try to organize our old digital photos and make one or two books that’ll hold all of the photos from 2005 (when we met) to 2008 (right before our 2009 album picks up). Maybe we’ll work on those books once a certain manuscript is in the can. 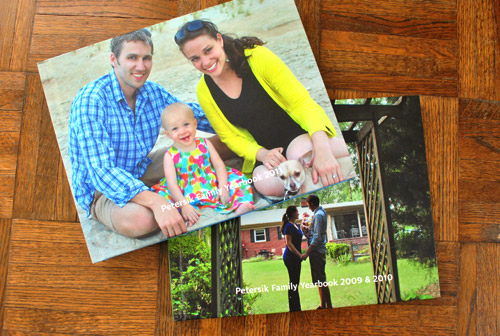 Oh yeah, and here’s our favorite photo bomber again, just trying to get in on the action. 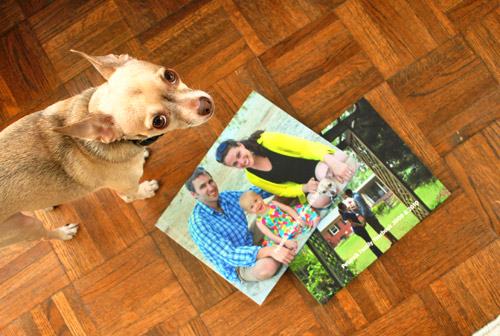 Anyone else making photo books or albums to document the past year? Or any other event or period of time? We’d love to hear other systems people have for organizing and displaying their family photos.