Yes, that is a succulent pun. And no, I’m not proud of it.

I’m sort of on a greenery kick (both outdoors and apparently indoors as well), so this is the story of four cheap-o succulents that I impulse-bought from Home Depot and then decided to plant in kind of a weird way. 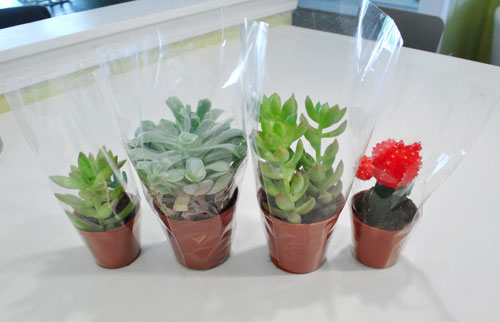 The two small ones were $2.98 and the two middle ones were $3.98 a pop. Oh and I used to have a red cactus for years throughout middle school and high school. Seriously, I couldn’t kill that thing if I tried. So that’s why he’s in the mix for nostalgia’s sake. 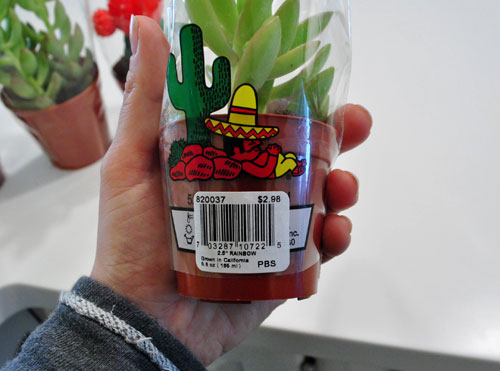 Then I hunted around or some planters or baskets or old boxes to plant them in (Anthrophologie had some great succulents planted in old wooden boxes with pebbles around them and they looked super cool). Then my entire idea sort of shifted when I came up empty on boxes (and didn’t happen to have any cool white pebbles around either) but laid eyes on these old vases just sitting around in my cabinet. 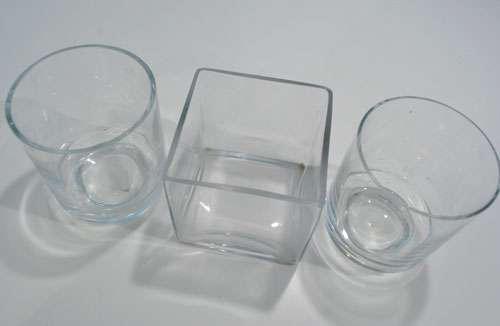 How weird would it be if I planted them in something see-through? Probably pretty weird, but I’m ok with weird. Heck, I embrace weird. I paused to worry for a second that they wouldn’t have any drainage in these glass containers, but I realized that the ceramic pot that my wouldn’t-die red cactus from high school didn’t have any drainage holes (nor do any of the white Ikea plant pots that we have around the house) so I went for it. But they clearly needed more dirt. 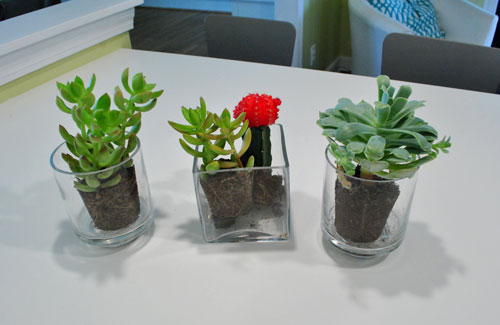 So I went outside with a spoon (yes, a spoon) and used it to scoop some more dirt into my transparent little vessels. The verdict: I think they look pretty cool! 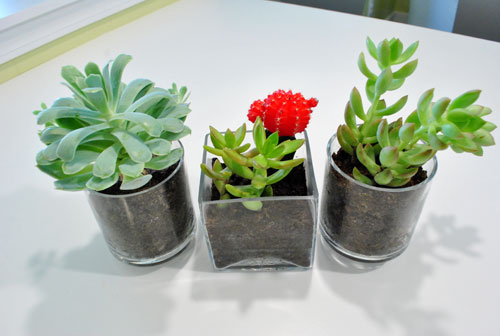 I mean, people mulch their gardens for a cleaner look, right? I think the dark brown tone of the dirt looks so pretty against the green of the plants. Plus a lot of our surfaces are white (and nearly all of my plant pots are white) so maybe my eyes just appreciate the contrast (my eyes are such rebels). 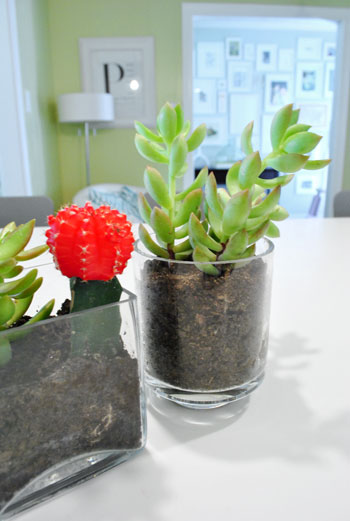 As of now two of them are hanging out in the hall bathroom (on the white counter, which definitely makes them pop) and one of them is on the white fireplace mantel in the kitchen (my little red cactus, since he’s quickly becoming my favorite for sentimental reasons). I’ll have to snap a picture of them in their new homes for ya soon. Although plants and pillows tend to migrate a lot around here, so they might pop up somewhere else next week anyway.

Have you ever planted something in sort of an unorthodox way? Or owned a red cactus in high school that straight up refused to bite the big one, even when you forgot to water it for months?

Getting A Consultation From A Certified Landscape Designer
Patio Problems: Let’s Plant Something!