The end of 2009 marks the end of our stint on the True Value DIY Blog Squad (which we excitedly introduced just three short months ago). Cue the nostalgic music: “it’s so haaaaard, to say goodbyyyyyye, to yesterdaaaaaaaaaaay.” 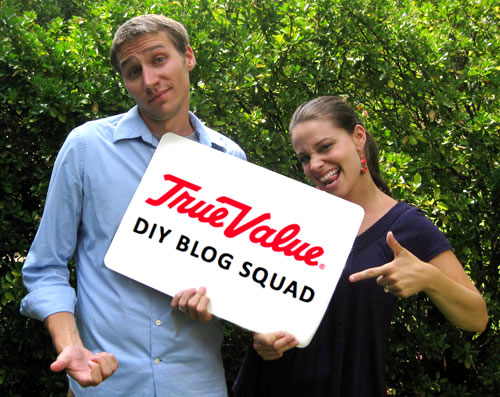 But don’t get all teary-eyed on us. We have tons to be grateful for thanks to our amazing three month gig. After all, True Value is the reason we took major leaps forward in getting ready for new additions in 2010 (i.e. the bean + all of the bean’s stuff). They provided gallon upon gallon of Drylok to make our basement storage-ready and supplied the rented demolition hammer that helped get the bathroom project rolling (so we can soon turn attention to the nursery). Not to mentioned that they also offered up a slew of other much-needed items (dimmer switches, paint cans, storage bins, drills, spray paint, puck lights, rollers, paint brushes, drop cloths, etc) to keep us going and tossed in some great advice along the way. So a big “muchos gracias” goes out to those master hardwarians over at True Value. Thanks so much for having us on your squad.

And speaking of the squad, our fellow DIY Blog Squaders also took on some pretty cool projects over the last few months. So be sure to check out their undertakings as well- like the basement tiling project that the Bowers tackled over at All Bower Power. Let’s just say I referenced their how-to advice more than once during our own bathroom tiling blitz. 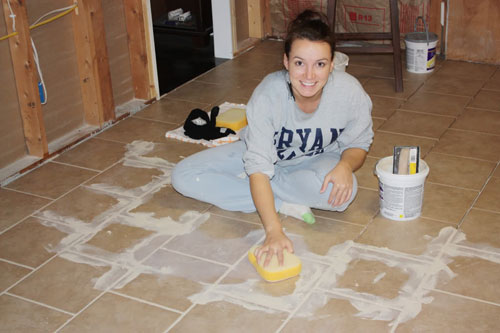 Or the old door that Layla and Kevin at A Lettered Cottage transformed into a beautiful new piece for their guest bathroom. 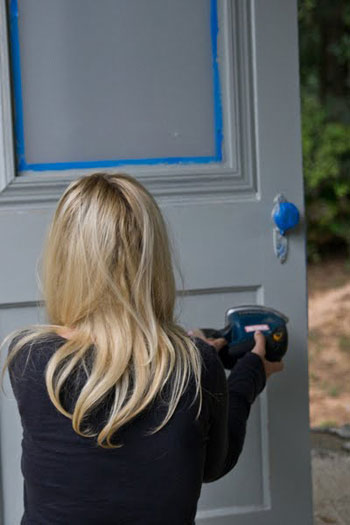 Josh over at at Bungalow 23 is in the midst of a bedroom project that involves testing out a couple different types of paint strippers. 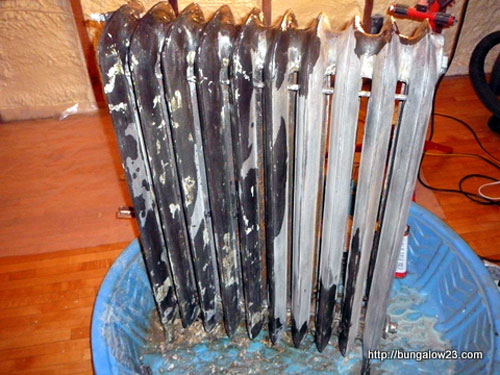 And the fellas over at The Handyguys Podcast served up tips for our favorite type of project (painting!) including a nod to the power of Frog Tape (which we can’t wait to try). 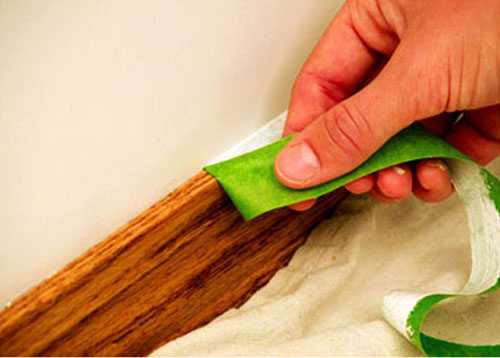 And that’s just a sampling of the projects that our fellow Squaders tackled, so be sure to poke around for more True Value projects on each of their sites if you have a minute. Looks like they all had as much fun as we did, although I think Burger’s the only one of us who got to ride in a shopping basket. Oh the perks of being eight pounds. 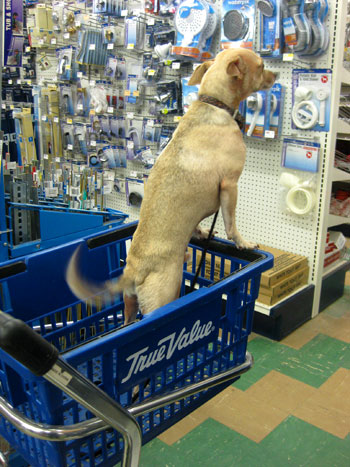 So here’s to a year of demo-ing, painting, rebuilding, organizing, accessorizing and functional-izing! Somehow we think 2010 will be packed with more of the same. And we’d love to know what you guys accomplished this year in the name of home improvement and space sprucing. Any big plans for 2010? Do tell.

Middle four images courtesy of All Bower Power, A Lettered Cottage, Bungalow 23 and The Handguys Podcast.