After getting lots of great tips from you guys about flying with a toddler, we thought we’d give you guys a recap about what worked well (lollipops!) and what didn’t (two words: red eye). 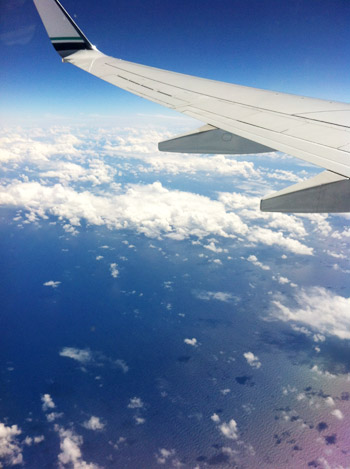 We spent a lot of time in the air: six flights in total. Two on the way to Portland (layover in Chicago), one direct from Portland to Maui and then a whopping three on the way back to Richmond (with layovers in Seattle and Chicago). The flights between the West Coast and Hawaii were the longest at six hours each, and since Clara’s still under two, we didn’t buy a seat for her (we knew she’d be most comfortable in our laps anyway and potentially could make a LOUD scene until we let her sit in our laps even if we did). So we knew going into it that we’d have our work cut out for us. Our game plan: keep Clara happy (and relatively quiet) at all costs, while encouraging sleep at every turn. Oh yeah, and try to enjoy the ride best we could. 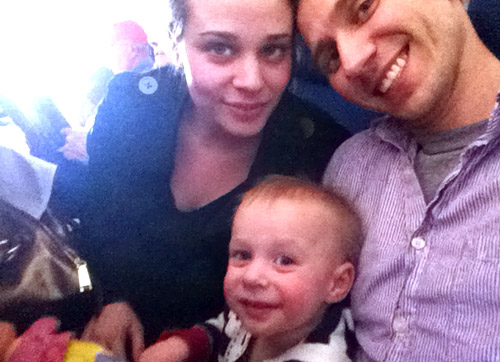 Some flights were pretty darn good (we had an empty seat next to us on the way to Maui!) while others verged on nightmarish (this means you red eye). One of our carry-ons was her monkey backpack, which was stocked with items to keep her engaged. Here’s what we found worked well: 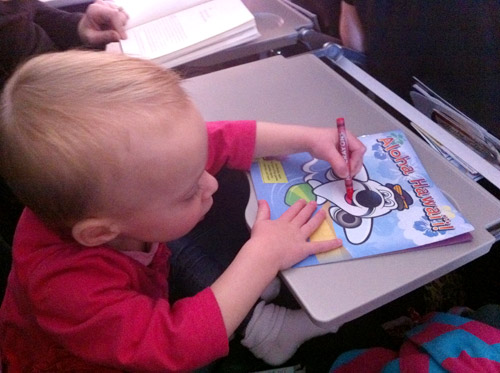 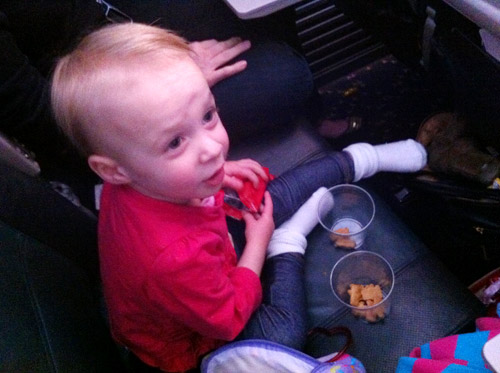 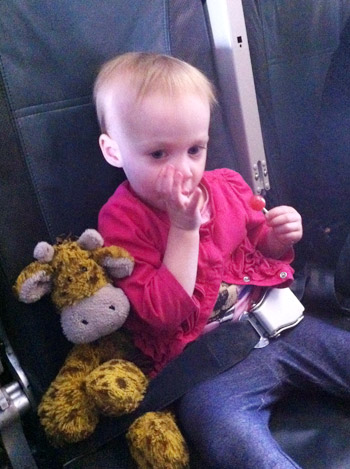 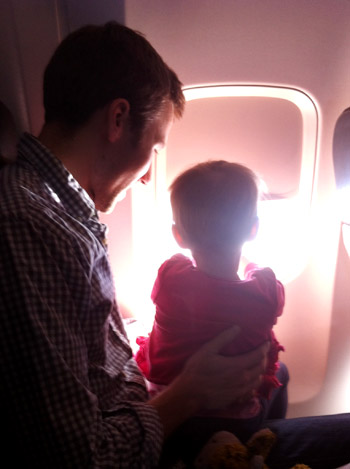 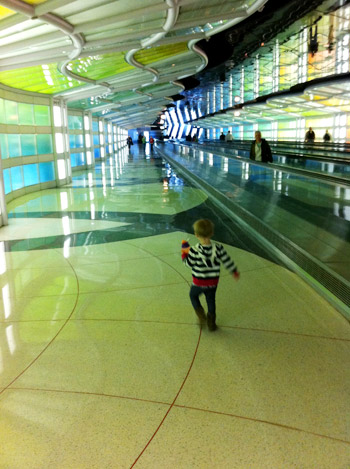 Now for what didn’t work so well. Sigh… 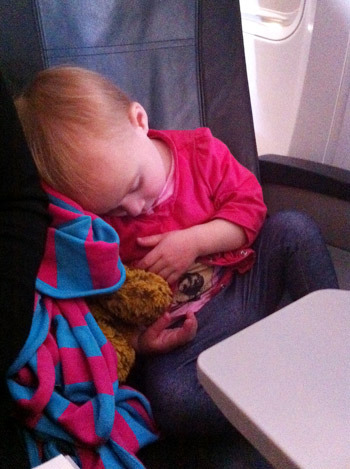 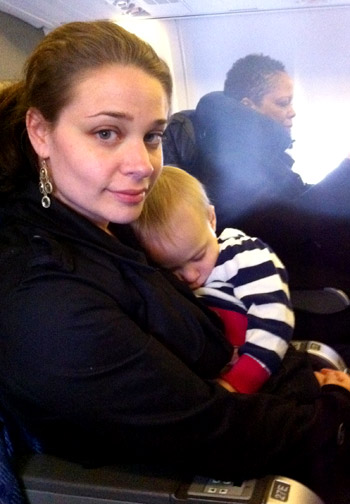 The disaster that was the red eye just threw off the rest of the day. The three of us were all tired and all a little bit grumpy. So many of the things that had engaged her on the flights out just didn’t work anymore (no lollipop could keep her interest more than a few seconds). That, combined with a delay going into and coming out of Chicago, made for a day that we were all just ready to be done with. You can’t tell by this photo, but it’s snowing out there. We definitely weren’t in Hawaii anymore… 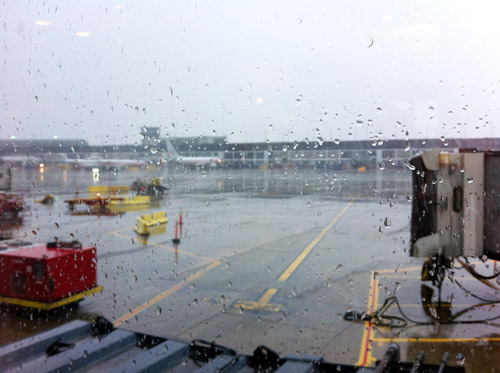 We finally landed in Richmond at about 9:30pm EST – about 19 hours after we left Hawaii and two hours later than scheduled. We think Clara slept about three hours in total (in the entire 19 hour trip, much of which was overnight), so Sherry and I probably had about half of that each when it came to catching zzzs. But at that point all that mattered was IT WAS OVER. And, even better, we could finally go to bed. And boy did we. After not sleeping at all on Thursday night (remember, the last time we all actually slept for the night was Wednesday night) we all slept until 1pm on Saturday. Yes, that’s fifteen solid hours. And yes, it felt awesome. Of course we shifted Clara’s naps and night sleep back to her normal times and she seems to be back on schedule except for sleeping in an extra hour or two in the morning (but it doesn’t effect when she goes to bed, or her 1pm nap, so we’re ecstatic). I’m sure it’ll go back to normal over time. 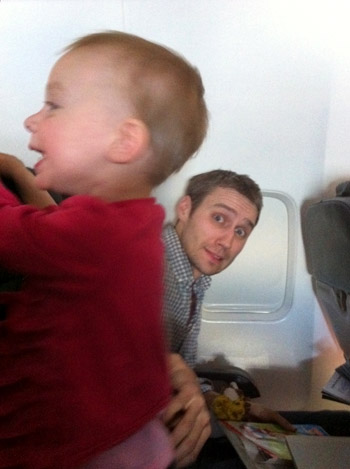 I think it’s safe to say we won’t be taking any more red eye flights with a toddler. Ever again. Bad move on our part. We actually heard from not one but two flight attendants that kids rarely sleep on them (even great night sleepers) so they said they would never take a red eye with their kids. Good to know! Here’s hoping that helps someone! The stress to keep you kid quiet while the lights are out and everyone else sleeps (while being incredibly tired yourself) just isn’t for the faint of heart. 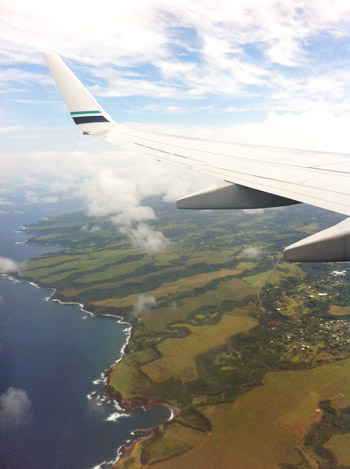 Anyone else have a travel with kids / toddler story they’d love to share? Or do you have any additional tips we might consider when Clara’s older and we’re foolish enough to try something like this again? :)

How To Install A Floating Cork Floor
Traveling To Maui, Hawaii With A Toddler