And now for a bonus Friday afternoon post (aw yeah, I’m a rebel without a cause). Every day on average I get about five readers either asking if I’m pregnant or straight up “calling it” via comments, email, twitter, pinterest, instagram, or carrier pigeon. Which adds up to answering that question – and crushing the dreams of those calling it – around 150 times a month, and a whopping 1,800 times in the last year. The prego-chatter has even hijacked a few comment threads on posts about non-uterus-y topics like room updates and tour infographics. Holy bump-watch, batman! We haven’t seen one of those around here since 2010. 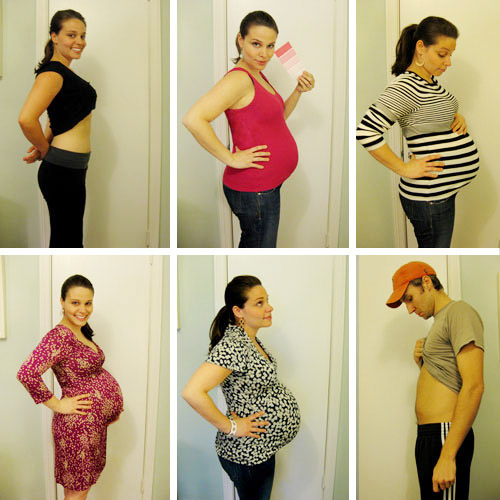 First I’ll get one little detail out of the way: I’m not pregnant. My womb is currently uninhabited.

It’s actually really cool that so many people are excited about the possibility of us expanding this little family of ours. But with the complications of my past (here’s Clara’s birth story for more on that) nothing is guaranteed. My next pregnancy will be high risk and my next child will have a 25% chance of the same life-threatening complication that Clara had. So that definitely contributes to our timing and our general state of mind with regard to any potential bun in the oven. And sometimes all the “you’re prego!” guesses can be a little tough to field day in and day out. 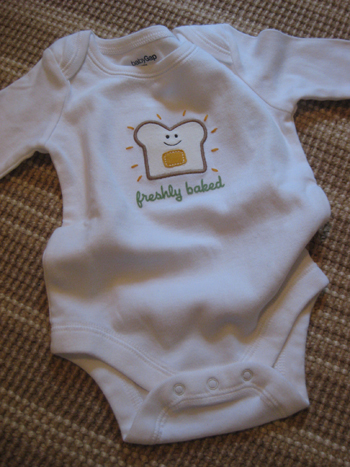 I completely understand that all the excited folks who are inquiring don’t mean any harm (in fact I feel like I should be hugging you while typing this, seriously I love you guys) but in general I think asking someone if they’re pregnant can be a little dicey…

So this little uterus-centric service announcement is just to solemnly vow to you guys that when the time is right, if we’re blessed with another bouncing bean in the oven, I promise, you will know. Heck, we’ll be so freaking excited that there might be another t-shirt in it for Burger… 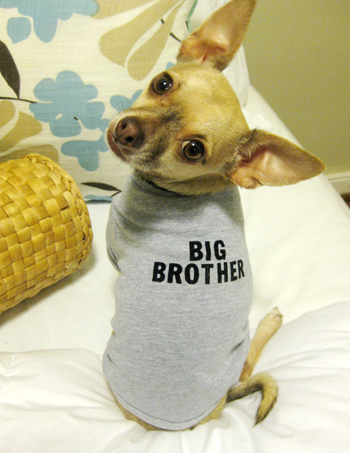 So sit tight and know that although you won’t be the first few people we tell (gotta give that privilege to the fam) you’ll definitely hear it straight from our perma-smiling mouths (er, keyboard?) if we reach that safe-to-share milestone. Until then, picture me sipping wine, eating sushi, and soaking up non-prego life as it is right now. With my sweet pooch, my nail-gun-slingin’ hubby, and my little miracle girl (who currently knows the words to nearly every Adam Levine song – seriously, try her). 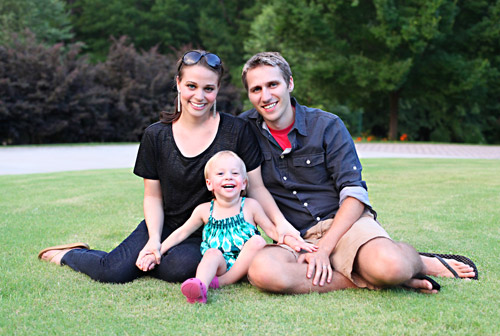 Thanks so much for understanding, guys. I can’t wait to see what the future holds. And I hope you’ll be sweet to each other in the comments (everyone’s hearts are in the right place about this whole thing). Besides, this means we can all spend more time studying Princess Kate’s royal bump. Where is she hiding that baby? Seriously, can somebody tell me? My belly blocked the view of my feet by 20 weeks (see the second picture in the grid above), so I can only guess that superior lineage = superior baby-hiding prowess.