During last week’s update about our Homearama Showhouse for Habitat For Humanity, we included a few peeks at how some of the rooms were shaping up. 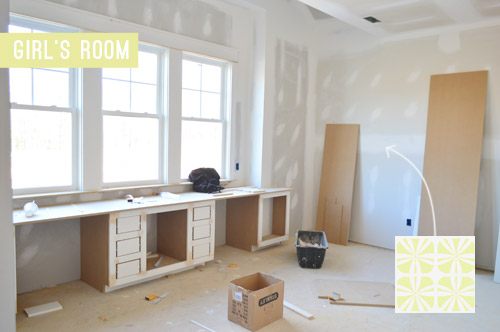 Well, shaping up in our heads, technically, since we’re still about three weeks out from being able to put any furnishings into the house (the walls are getting painted as I type this, and then the cabinetry will go in and the hardwood floors will be stained on site), so everything has been in shopping list and mood board form so far.

But in the last week the builder and his awesome team have been humming along, and we’ve made some really good furniture-and-accessory planning progress in several of the rooms. Enough that we can finally share a few room plans with you guys that are no longer missing major elements. Some spaces are definitely further along in the planning process than others, and the two in the lead are: the study (aka: the home office) and the dining room. 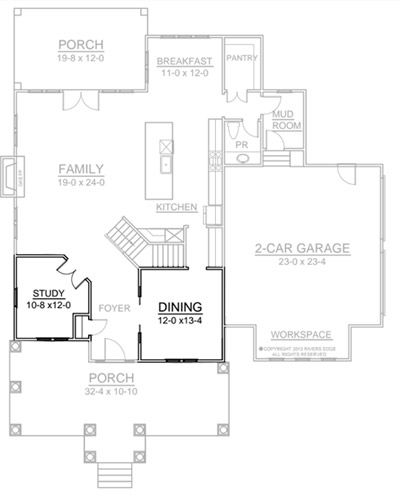 They’re the first two rooms in the house when you walk in, so we’re grateful that they’re shaping up to be a good representation of the feeling that we want this house to have. One kinda skews light & happy while the other brings in a bit more of a cozy & moody feeling that we also really like. So we figure that together they’ll help set the tone for the rest of the house. 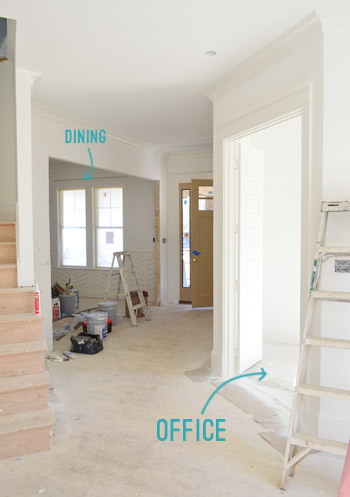 Let’s start with the study, er, office as we keep calling it. Here’s what it’s looking like now. 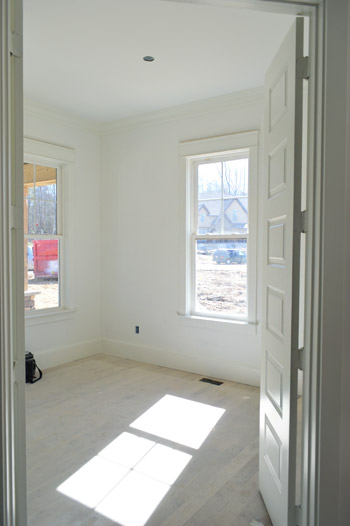 Since we’re sort of designing for a hypothetical future version of our family (hence the tween girl & young boy rooms that we mentioned last week), we thought it’d be fun to do a home office for a woman who works (perhaps blogs?) at home. Not only is it an easy mental leap to make, but we also thought it would differentiate it from all of the manly mahogany studies that we’re used to seeing in model homes. So light, cheery, and a smidge feminine was our goal. 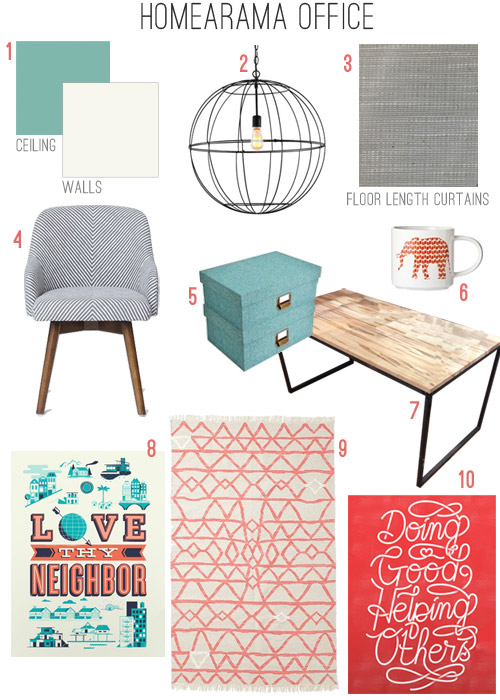 Although most of the items above are already locked in, a lot of the accessories and art are things that we’re going to purchase and fill in as the rooms get further along. So we’re sure some might change as we go, and of course a ton of other stuff will end up in each room as it evolves. But on to the dining room! Last week it was looking like this (we’re still waiting for our big glass pocket doors with a transom window to be installed at that extra-wide entryway). 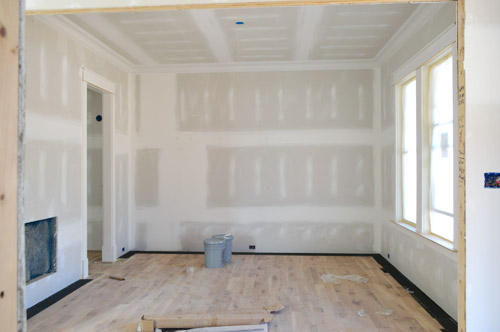 But as of yesterday it had made some great progress thanks to our custom wainscot being finished and freshly painted! It’s not your typical wainscoting, but with a very talented carpenter at our disposal, we wanted to try something a little different (remember how we chatted about trying to take risks and all that good stuff here?). We thought about something like a herringbone or a chevron pattern, but didn’t want it to be too overt (like this) and were inspired by something a little more subtle and less common (oddly enough, like the pattern on these shoes that Sherry saw on Pinterest). 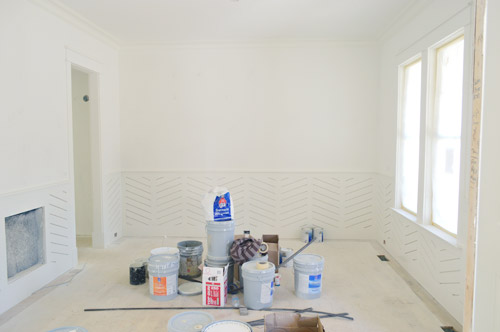 It’s a wide-angled pattern made up of wood slats with a 1/4″ gap between them, so the lines are kind of “engraved” into the wainscot instead of sticking out. Before putting it up, we literally sat with the carpenter and drew various angles right onto the walls and used different board widths and spacing methods until it looked subtle enough not to be too crazy (but not so soft that the pattern would disappear completely when it was painted). For anyone interested, we went with 1 x 3″ boards, a spacing of one quarter of an inch between them, and the angle is around 22 degrees from the floor. 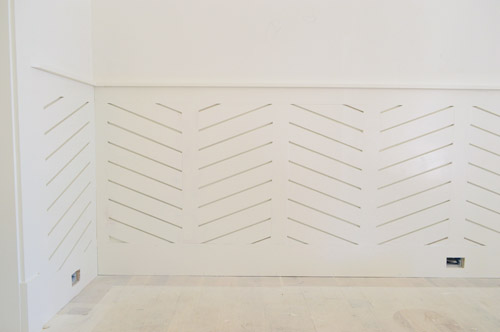 It’s sort of hard to get “the full picture” for the room from that shot above (since about 99% of the other elements are missing) but once the rest of the furnishings/accessories get added (and the upper wall gets painted a nice dark color to balance out the wainscoting) we think it’ll be a great background texture among some other elements, like: 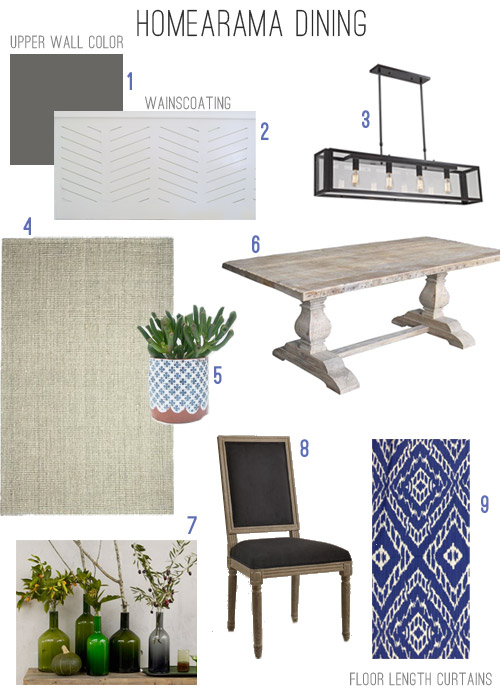 I don’t know about you, but we’re excited to be getting to this phase of the project: where things start feeling like real rooms – and we finally get to work on filling them up and making it feel like home. It’s crazy to think this was just a dirt lot a few months ago. It’s also pretty crazy to think that in two short months we’ll have an entire finished house (with over 20 different spaces) to share with you guys. That’s a whole lotta before & after – and about 95% faster than we’re used to moving. Oh yeah, and somewhere in there we’ll have a baby. Guess it’s time to buckle up and hold on…

House Crashing: Cheery Across The Pond
Painting On A Faux Inlay Pattern