We’re firm believers that a little paint can go a long way towards transforming a room, and this redesign is complete proof of that. In fact, the woman behind this before and after has authored two books on the subject and is also behind this afternoon’s giveaway (stay tuned to learn how you can achieve a similar presto-change-o in your casa). Here’s what Sunny had to say:

I’m so excited to share this room makeover! I was asked to transform this bedroom for a 13-year-old girl named Lily. 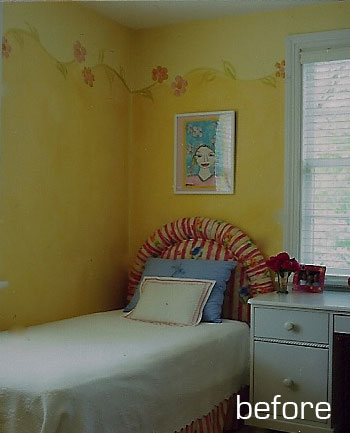 The goal was to take it from a little girl’s room to something for a teenager that would work through high school and beyond. She was away at camp when the makeover was completed- and will be coming home next week to be surprised by her “new” room: 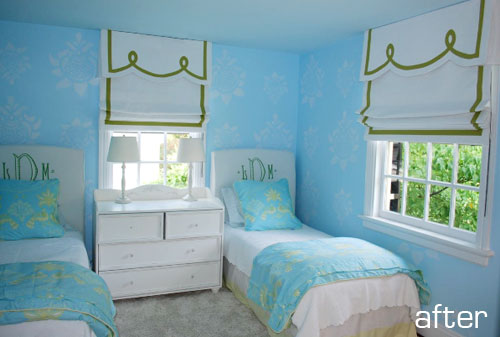 I painted the wall and ceiling both Benjamin Moore’s Morning Glory (the wall is 1/2 formula and the ceiling is 1/4 formula) and made a stencil in three different sizes to create a subtle “wallpaper” look on the walls. The pattern was inspired by the blue Serena & Lily bedding that we found on sale online! 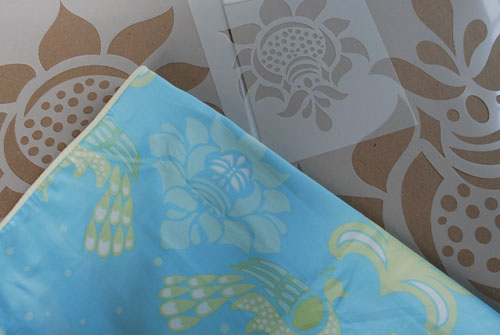 We chose light blue walls since they are soothing and we wanted this to be a calm place for Lily. The white stencil is not overpowering but lends interest to the walls so they’re not too plain. I did the larger stencil upside down and the smaller one in between right side up to add some variety and dimension as well. 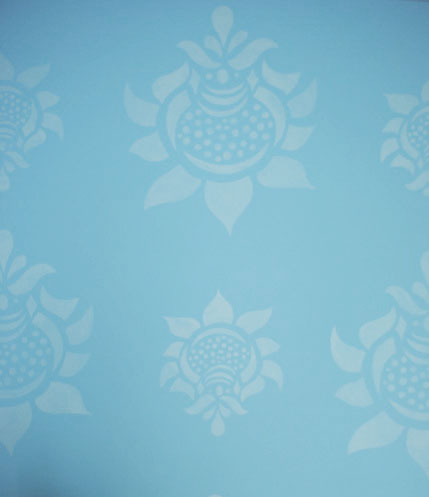 We went with two beds in the room since Lily has lots of sleepovers. Those are Pottery Barn headboards that come with a white slipcover (which we had affordably monogrammed at Atlantic Embroidery, since they could make them really big for a cheerful and fun look that’s not too formal or serious). We also mounted the roman shades at ceiling height to make the windows seem larger and the whole room feels more lofty and airy as a result. 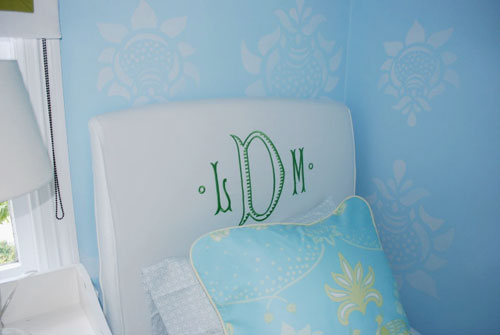 The whole project was pretty simple but we love it and can’t wait for Lily to see it for herself! – Sunny

We love it too Sunny, and we’re sure Lily will be thrilled when she feasts her eyes on her chic new “big girl” room. And of course we’re excited to share more of Sunny’s paint inspiration for this week’s giveaway later today (hint: you can get a sneak peek at her many talents right here in her photo gallery). We do love us a good paint makeover.

Keeping It Real: The Baby Gear Factor
Fab Freebie: Sunny Side Up