Remember we mentioned the show house that we’d be working on to benefit Habitat For Humanity over the next ten months? Well, we’ve been itching to give you guys an update but we haven’t broken ground quite yet. It’s not that we’re behind schedule (the goal is to be under-roof by Christmas) but it turns out there’s a whole lot of prep before a house is even built. So as people who have never built a house or been part of that process before, it has been really interesting to see what goes into it. 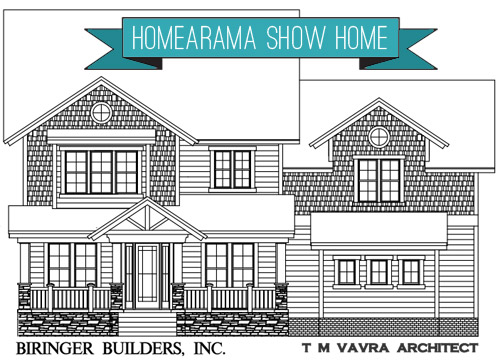 Over the last few months we’ve been having lots of planning meetings and have even made some site visits to look at some finishes/materials (more on that in a sec). So we thought it would be fun to share an update on the floor-planning front. After about five rounds of revisions and tweaks, we’ve arrived at this: the final floor plan! 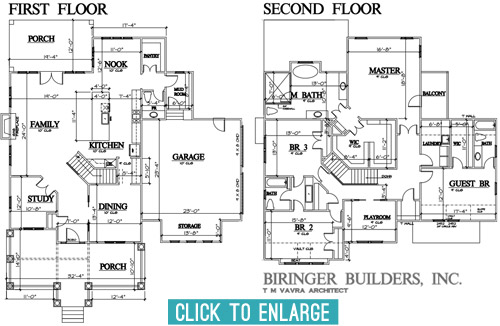 Getting here was a process with lots of cooks, so the final plan is by no means one person’s sole influence. The builder, John Waters, and his architect, T M Vavra, originated the plans, but they also had to factor in requirements from the neighborhood’s review board. To make sure it fits nicely within the look of the larger community, they require specific things like a certain square footage, and can even veto features on the front and inside the house if they don’t like them. There’s also input from the Homearama show team (to make sure it’s not too similar to other homes in the show, since the goal is for each house to have a variety of features). So lots of it was set before our eyes ever laid on it, but we were welcomed into the process early enough to still make some suggestions to help achieve some of the ideas that we had brewing. So here’s a quick rundown of some of the tweaks that we made to the floor plan, with the help of the builder and the architect after we all put our heads together. 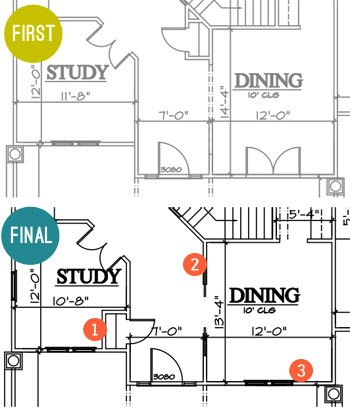 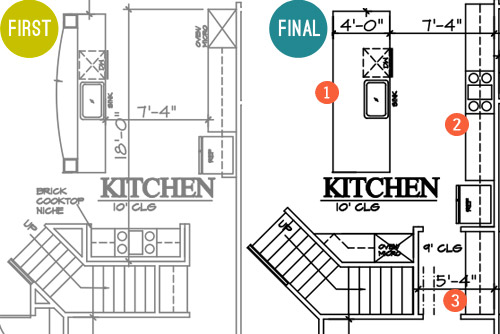 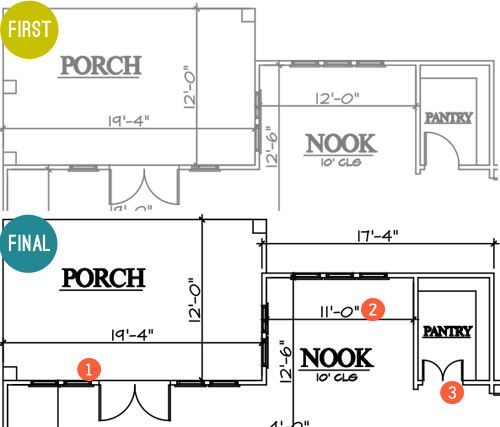 Remember when we mentioned making a site visit to source some materials? Well, Builder John and Justin from Homearama introduced us to this place just down the road from us called Dreaming Creek Timber & Frame, where they craft incredible stuff from all types of wood. And they’re going to custom make a raw-edge table (kinda like the in-progress one that we saw during our visit, shown below) to contrast against the otherwise crisp and white breakfast nook that we’re envisioning. 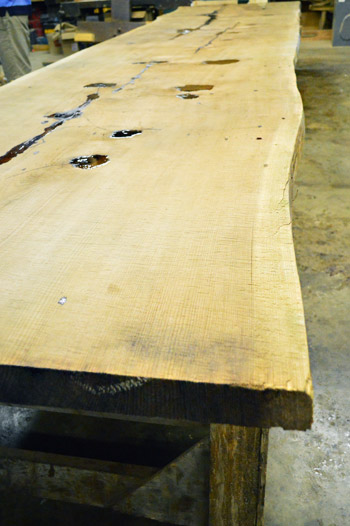 They’re also going to provide some other focal points to the house, like the open A-frame rafters on the front porch, which you can see in the rendering of the facade at the top of this post. If the color had been right, we totally would’ve ask to used these boards they snagged from Coney Island. That’s the old wood boardwalk just chillin’ in the Virginia countryside. Sherry was feeling the NYC love. 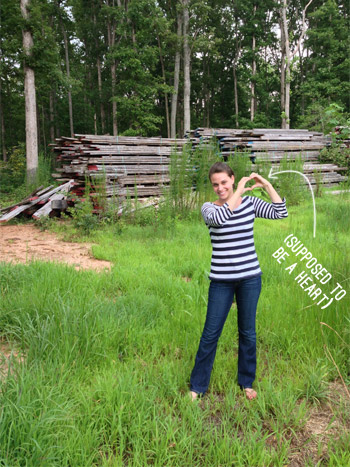 Okay, back to the floor plans. Let’s go upstairs, shall we? 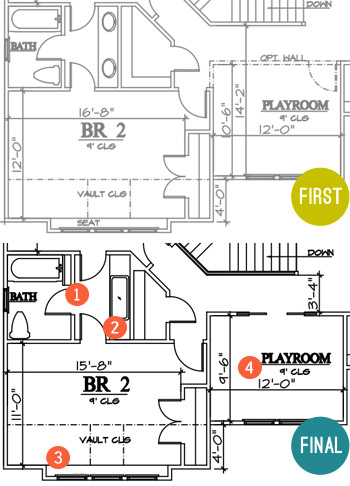 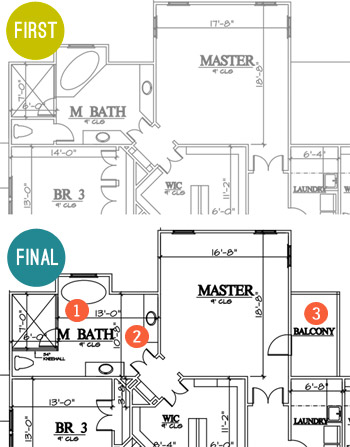 There were a few other changes not mentioned, but those are probably the easiest to show at this stage. But I can’t believe we spent so much time talking about the inside without even addressing what happened outside. I don’t have the original version, but here’s where we ended up. 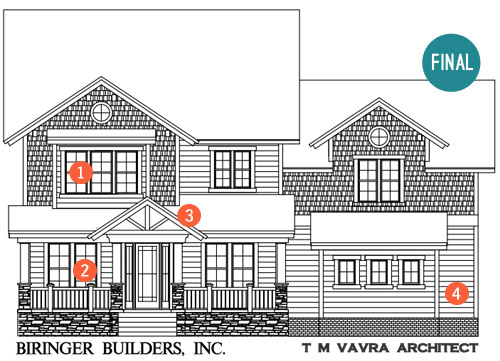 We still need to settle on an exact navy color, and we’re actually meeting this week to look at a few options along with choosing the exact stone and brickwork that will make up the exterior. We’re also thinking of going glossy red or bright yellow for the front door, maybe bringing to life the exterior color combo that Sherry told HGTV magazine she was crushing on a few months ago? 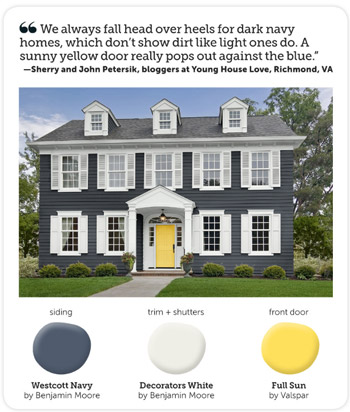 Sorry there aren’t more real pics to share at this point. All of this talk of the house is really making us excited to see it come to life in person! Have any of you guys built a house, or been involved in the process through a relative, friend, or work project? It’s amazing how much there is to think about, but insanely exciting to think that scribbles on a piece of paper can actually become rooms that you can stand in someday.

P.S. While we often take on side gigs like this to help pay the bills, this one is a purely creative endeavor for us. Homearama compensates their designers for their year of planning and work, but we’ve opted to donate our entire fee to Richmond’s Habitat for Humanity, a cause that Homearama will also be supporting in other ways throughout the event.

House Crashing: Four A Good Cause
What Our First & Second Houses Taught Us