When D over at G&D wrote about a few bedroom essentials she just can’t live without, well, let’s just say that we were more than intrigued. We’re no strangers to a soggy looking bed skirt that puddles on the floor instead of elegantly resting one sixteenth of an inch above it. And we’re also constantly wrestling with our duvet thanks to a shifty little comforter that refuses to stay in place. So you can imagine our surprise when D pointed out two super inexpensive products that swooped in and saved the day.

Miracle product #1: Bed skirt pins. Available everywhere from Linens N’ Things to Bed Bath & Beyond, we’d never even heard about these tiny swirly pins that can be twisted right into your box spring to hold your bed skirt perfectly in place about a centimeter off of the floor. 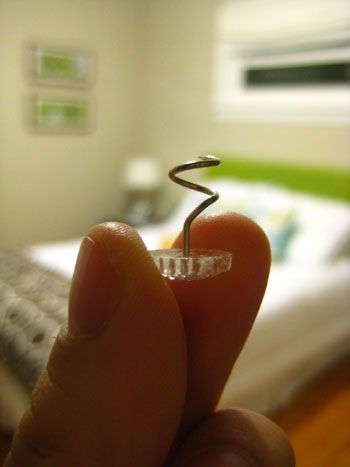 They take about two minutes to stick in place, and they actually make a huge difference in the overall look of your bed (read: more crisp & clean, less lame & loose). And at just $2.39 for a box of about 10, they’re really a no-brainer. 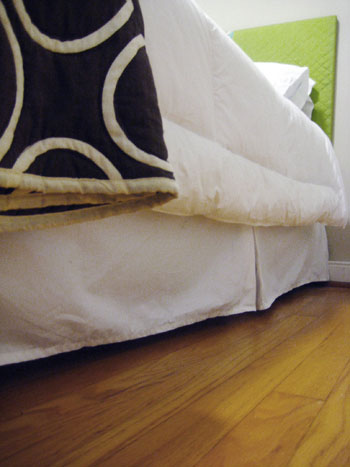 Miracle product #2: Duvet clips. Now these we’d heard of, but for some strange reason we never even considered bothering with them (even though our constantly shifting comforter annoyed us to no end). But somehow seeing them endorsed by D was just the kick in the arse that we needed to take ’em for a test drive. $4.79 later they were ours. 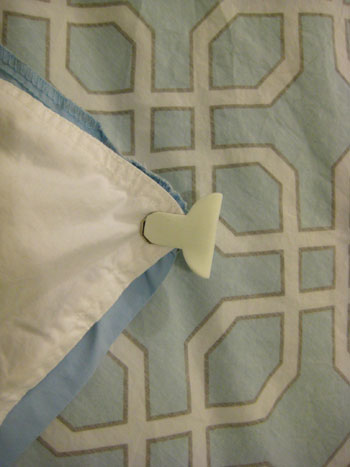 Turning the duvet inside out and clipping each corner to the corner of the comforter allows you to flip the duvet rightside-out again with the comforter nice and secure inside the duvet. Spending about 5 minutes clipping the comforter in place has saved us about thirty minutes per week that we formerly spent shaking, yanking and chastising the comforter for moving around and ruining our lives. Gotta love a quick fix that actually works! 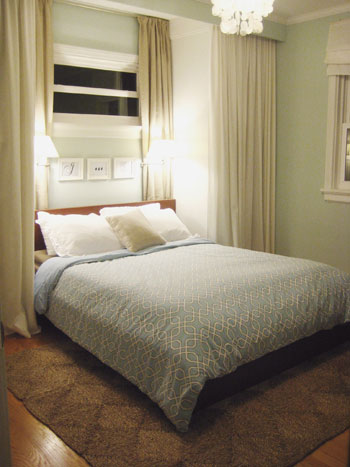 Now we’d like to use some of the time that these miracle products have saved us to send a big wet kiss to G&D for sharing such fabulous bedroom essentials with the masses. I don’t know about you guys, but sleep ranks up there with eating and rearranging furniture (in that it’s pretty darn important to us) so we’re eternally grateful to have discovered such fab finds that make our bedrooms even cozier (and lower maintenance to boot). And all for under eight smackaroos!

Our Pumpkins Are Faux Real
We’ve Been Shot