The upstairs hall bathroom has pretty much been ignored for the past nine months, other than hanging a shower curtain after we moved in and occasionally cleaning the toilet. But these builder basic mirrors have been on our hit list from day one. 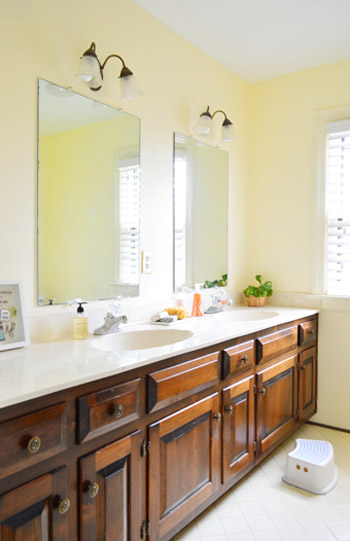 It took us nearly two years to get around to updating the one in our last hall bathroom by framing it out, so we weren’t about to let these go as long. 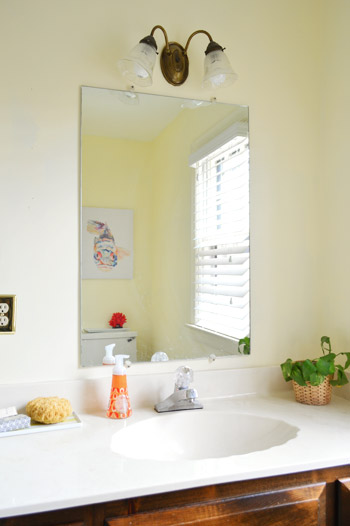 Sherry has been on the lookout for something with a more interesting shape (round? quatrefoil? Eminem’s face?) so framing these out wasn’t our plan this time. Instead, we glanced at whatever mirrors were around when we dropped in on thrift stores or places like HomeGoods and Ikea. We managed to find one for our bathroom pretty quickly, but this room took a bit longer – especially since we needed two matching ones. We finally found two of these at HomeGoods (update: they were $69 each). Clara gave them two thumbs up and a ringing endorsement, saying “I like it because it’s like a shiny necklace!” 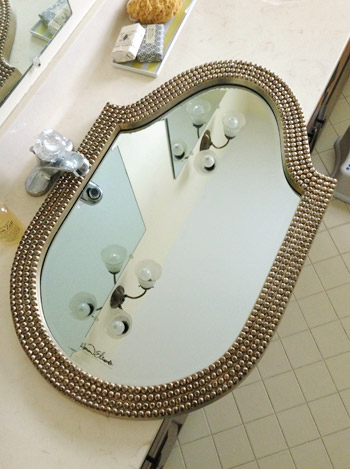 Installing the mirrors was easier than fiddling with one of those tiny necklace claspy things that you ladies seem to have mastered (those are an enigma to me). Down came the old mirror by unscrewing the top mirror clips and carefully sliding it out of place. 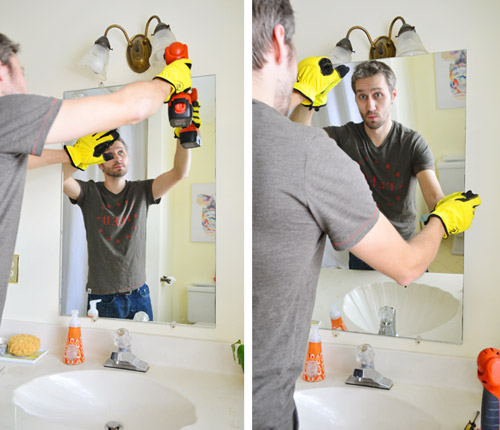 The mirrors had two D-hooks on the back, so in order to hang them I did three things: 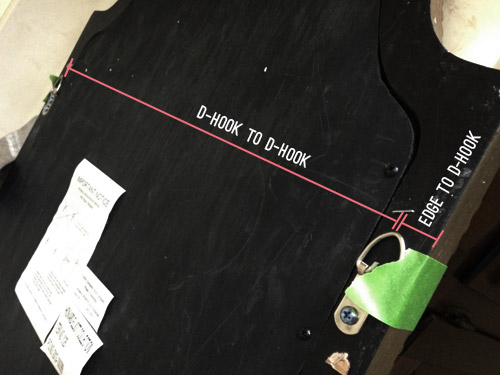 I held the first mirror in place while Sherry directed me so it was centered and not too low or too high. Then she marked the wall where my tape indicated while I continued to hold it in place. Of course, the screw was inset a bit from the edge, which is where my first measurement came in handy – allowing me to scoot my mark in to the correct spot to catch the D-ring. 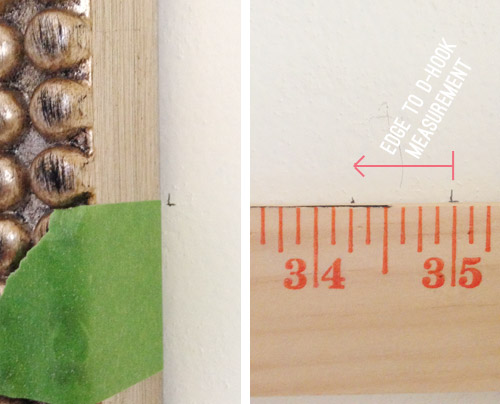 I used a yardstick/level combo to mark where the other screw needed to go. The level made sure it was at the same height as my first mark, and the yardstick helped me get it exactly where it needed to be, based on my other initial measurement. 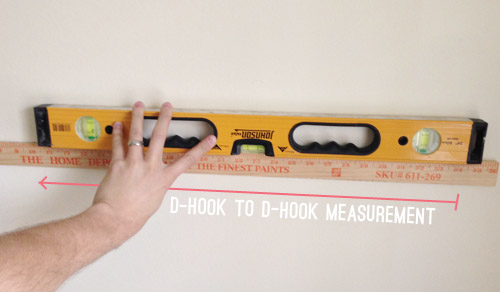 Then it was just an anchor and a screw into the wall in each spot and I was all set. Well, that and I had to repeat those steps for the second mirror, making sure it was centered and at the same height from the countertop. 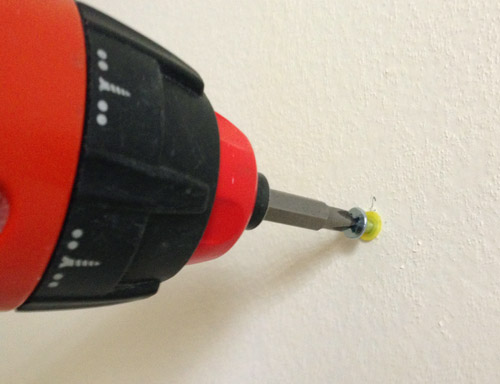 One thing I appreciate about the mirrors we chose is that although they look like they’re super heavy and made of metal, they’re pretty light and it’s just the paint that makes them look like that (I think they’re really made of plaster or wood).

The last step was slipping those D-hooks on the back of the mirror over the screws and our mirrors were officially “installed.” Clara was convinced the update was just for her, since her favorite pastime as of late is playing in the sink (someone is very ready for spring so we can break out her water table again). 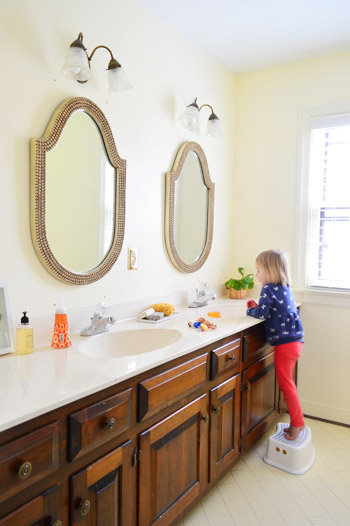 Although there’s plenty more to be done in this room (new lights, new faucets, non shell-shaped sinks, a new tile job down the line, perhaps an entirely tiled wall behind the mirrors someday?) the mirrors are a nice step forward.

It’s as if Clara never noticed the old mirrors were there, but now that they’re gold and necklace-y, our little magpie keeps getting distracted by her own reflection. 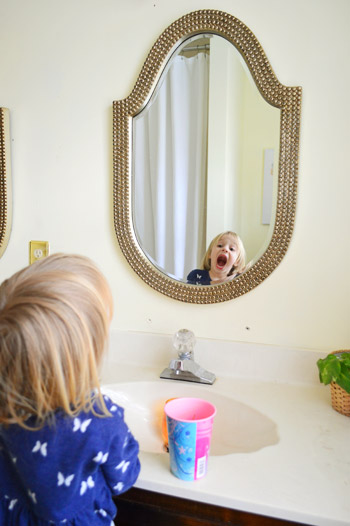 Is anyone else updating their bathroom mirrors? Or catching their offspring enjoying their own reflection a little too much? If you scroll back two pictures does it look like a cartoony face to you? The lights are the eyes, and the mirror is the mouth. Kinda fitting for a kids room… although those lights still have to go eventually.