I thought it would be funny to see if any of those pregnancy myths or predictors like “you’re having a girl if you crave sweets” were true for you guys. So far, I don’t think they hold much truth for me…

Rumor #1: If you crave sugary foods it’s a girl, and if you crave salty/savory foods, it’s a boy. FALSE FOR ME (I craved salty foods both with Clara and the bun – baked potatoes 4 eva, y’all).

Rumor #2: If the heartbeat of the baby is over 140, it’s a girl. FALSE FOR ME (both the bean and the bun have had high heart rates – in fact the bun’s was higher than the bean’s at 170 in the early months of pregnancy while Clara hung around 160).

Rumor #3: You swell more when you’re pregnant with a girl. TRUE FOR ME (I had swollen ankles and fingers – couldn’t even wear my wedding ring – by 30 weeks with Clara, and I’m four weeks from having this bun without any of that this time… probably should go knock on some wood now, right?). 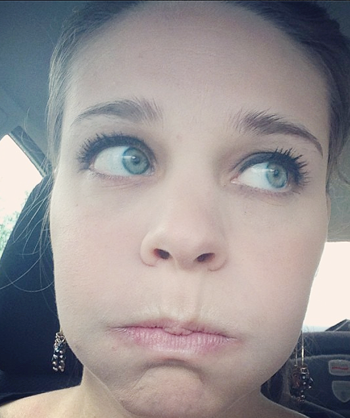 Rumor #5: If you dream about having a girl or boy, your dream is right. TRUE FOR CLARA, FALSE FOR THE BUN (I just knew by 8 weeks that Clara was a girl after multiple dreams as well as this unshakable feeling that there was a little lady in there – meanwhile I thought this bun was a girl since I had the same cravings and morning sickness in the beginning, and oddly enough I didn’t have any dreams about having a boy or a girl until we knew it was a little man in there).

Rumor #6: You carry higher and wider with a girl, and lower and more in front with a boy.  HALF TRUE FOR ME (I’m definitely carrying this boy more out front than I did with Clara, who I would’ve described as giving me a wider belly – but this boy was riding waaay higher than Clara until he dropped a little while ago, so that half of the equation was reversed). 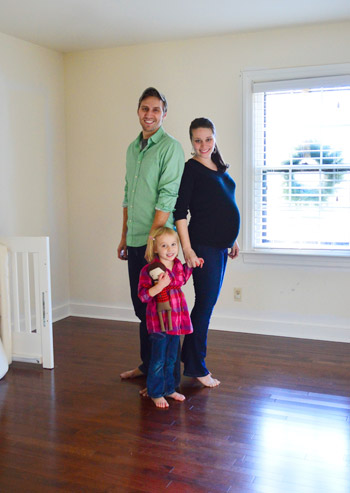 Rumor #7: Girls steal your beauty. TRUE FOR ME (this one always makes me laugh – but I did feel like my pregnancy with Clara was full of a lot more swelling and acne and flat looking hair and skin; this time with the bun I’ve had no swelling, less acne, and shiny hair that I don’t even recognize as my own since I’m used to having a dry mass of brillo on my head – the only downside is that constant cookie-tossing doesn’t exactly cultivate that bombshell momma-to-be vibe).

Pregnancy legends aside, I’m just grateful he’s bouncing around in there and the doc says he’s doing great. We’re so excited to meet this little man in four short weeks (he’s due in mid-April), and I’d love to hear which rumors were right on the money for you – and which ones were so off it’s crazy.