A couple of weeks ago Sherry and I found ourselves house hunting in some of Richmond’s lowest income neighborhoods. We weren’t looking for Casa Petersik Part Dos, but rather trying to spot the handiwork of Richmond’s Better Housing Coalition. And let’s just say it wasn’t hard to see. 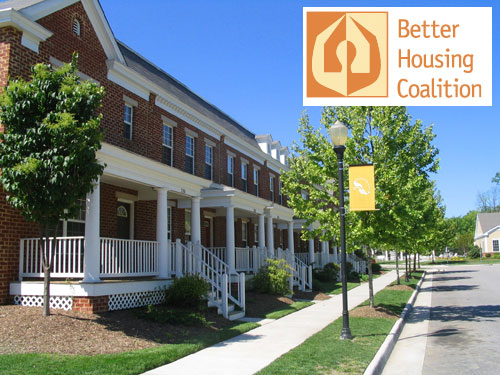 The Better Housing Coalition has been creating quality affordable housing in Richmond for over two decades. They first landed on our radar two years ago when we decided to share some prize winnings with a local housing charity. We asked a few non-profit-involved friends who they thought was a worthy cause and everyone said their name. Every single person we asked! Handing over some much deserved cash to them was a no brainer, and it felt so good.

And their name popped up again recently when they invited us to take a tour and see some of their good work in person. Who are we to pass up a chance to see some inspiring before and afters? Especially when they’re for the greater good!

So T.K. and Jane from the Better House Coalition drove us through Richmond neighborhoods like Church Hill, Union Hill and Manchester perusing streets peppered with homes that could use some love… and ones that the BHC had already shown some TLC. Whether they’re restoring an existing structure, building something from scratch or planning entire communities, they create beautiful places that real people (teachers, firemen, nurses) can afford to live in, even on a modest salary.

And they’re not just any old cookie-cutter houses. They’re sure to stay true to the historic character of their neighborhood and more recently are being built sustainably, including Earth Craft certification, which means these homes set the eco standard and require far less energy (and utility payments from their lucky owners). 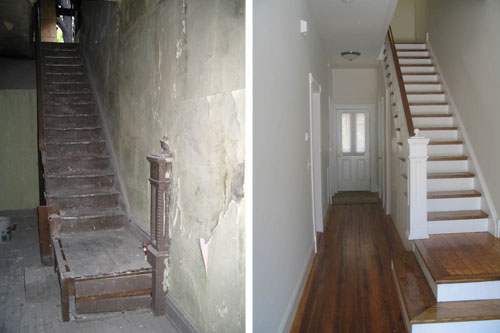 During our tour we heard lots of impressive facts, feasted our eyes on lots of beautiful homes and saw that there’s still lots of work to be done. The tour reminded us that having a home to love is a blessing to be grateful for…. and that we’re extremely grateful for organizations like the BHC who are taking on the task of reviving old neighborhoods and passing that blessing along to the lucky new homeowners.

Long story short: we’re honored and excited to continue our support of the Better Housing Coalition here in Richmond. And while we’re on the subject of supporting local charities, we’d love to hear about groups in your area that do any and all work that you’re proud to support. When it comes to passing the buck (in an oh so good way), who gets your hard-earned benjamins or your volunteer time for that matter? Spill the good samaritan beans.