After much deliberation, our laundry area is finally seeing some action. Well hello there, washer…. shall we take this to the bedroom? 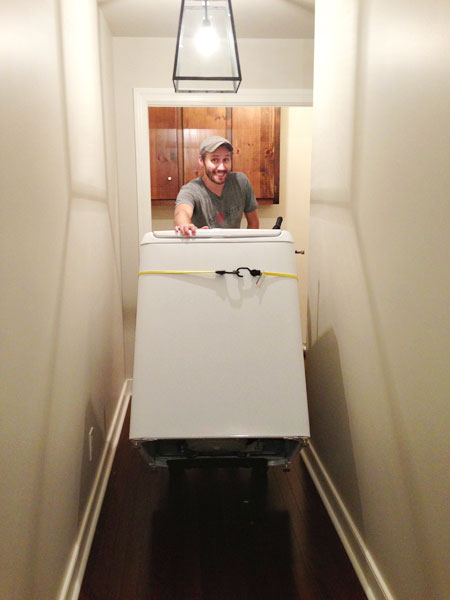 No literally, we took it to the bedroom. JEALOUS? 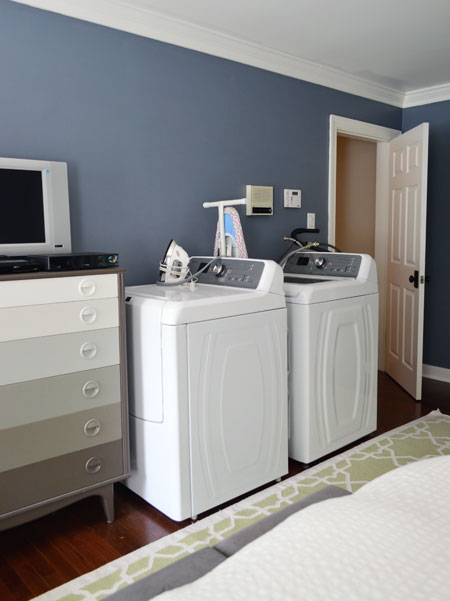 Seriously though – it has been a busy week around here (mostly with unrelated book stuff) but we’ve managed to get some dust flying upstairs too. Long story short, thanks to a lot of thought (and a lot of encouraging comments from you guys) we’ve decided to do more ourselves, while managing some pro sub-contractors directly.

Our second contractor estimate (after the initial $5,000 one) came in at $3,300, which was a more digestible number, but he had an impending vacation – and actually encouraged us to do a lot of it ourselves. So we called some people we’ve worked with in the past – the framer who helped in our sunroom, our go-to electrician, the plumber we worked with for the showhouse, etc. – and many of them were able to come out this week! Ladies and gentlemen, we have a team. Sherry wanted me to add some Team Sonja joke here about mystics and dog psychics but I REFUSE TO WATCH REAL HOUSEWIVES (ok, the leg scene made me look up for a second, but that’s it).

With the pros lined up, it was time to kick off demo. WITH MY BARE HANDS. Okay, not really, but a few walls have come tumbling down. 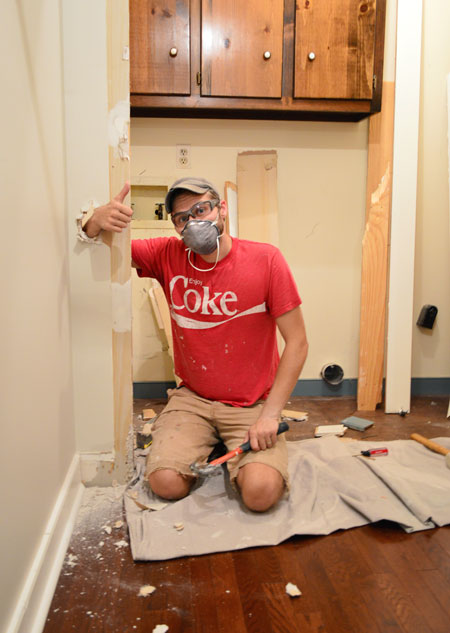 In an attempt to keep things moving (there’s work going on up there right now) we thought we’d break down what (and how) we demoed on Monday, along with everything else we manage to accomplish by then (fingers crossed that also includes framing, plumbing, and electrical updates). We didn’t want a week to go by without a quick laundry update, so my apologies for the brief check-in today, but we hope it means more progress to share on Monday. Speaking of brief, this house is on an underwear ration until further notice. #nolaundryproblems