Young House Love » Our First House » Q: You Know What Sucks? A: Painting A Ceiling

The sheer equation of gravity + paint = nightmare. But add abnormally absorbent ceiling tiles that are bumpy and uneven to the mix. Sounds like something you’d like to do on a Friday night, right? Well for some deluded reason, it’s exactly how we spent our Friday evening. We’d been meaning to attack the dingy, half-painted ceiling tiles in our den for a while, and we finally got around to it this weekend. We even knew to use white primer instead of white paint for extra coverage (a tip passed along by one of our old contractors) so we thought it wouldn’t be that bad. It was.

The whole process involved two gallons of primer, three trips to Lowe’s (one when it was closed- d’oh!), primer in places we never expected (up my nose, in John’s eye), waking up sore, and clearing and setting up the room twice (since we thought we were done but then noticed in the morning that the whole thing needed another coat). But the glorious thing is that it’s done. Another thing off of our list. And we lived to tell the tale.

Here’s the grody before: 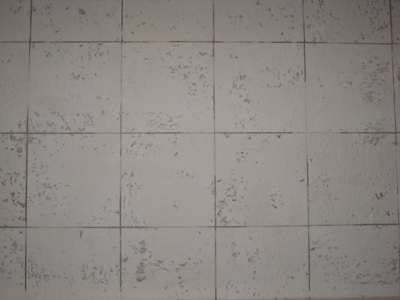 And a much more presentable after: 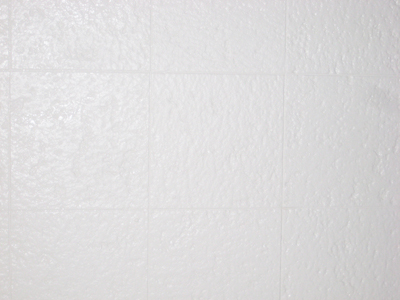 Here are one of my many wacky home improvement inventions: Sock-shoes. I had to wear socks over my shoes to protect them from paint since shoes are a necessity when spending hours climbing up and down a ladder: 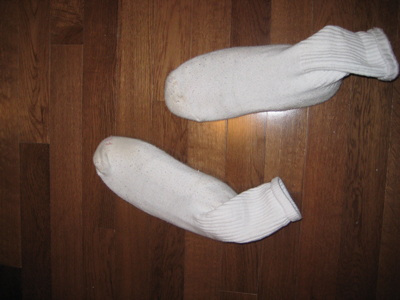 But even though we could complain about how hard it was for a couple more paragraphs, we’re so proud to be finished. Even during the most rigorous projects we’re just happy to be together getting something checked off of our internal home improvement list as a team. Corny, I know, but true. Just sitting down on the couch afterwards and looking up is all it takes to make us smile. Here’s the new view: 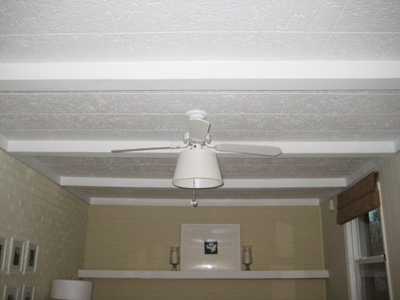 Stairway To Heaven
Checking Out Our Pashmina Granite At The Stoneyard