If you’ve been anywhere near the internet in the last couple of years, you’re probably well aware of a new generation of mail-order mattresses: Casper. Leesa. Tuft & Needle (just to name a few). They’re these affordable foam mattresses that ship straight to your door, magically unfurl on your bed, and promise an improved night’s sleep or your money back. Having been bombarded with that message for months (years?) we decided to jump on the bandwagon… but quickly second-guessed our decision. And so the “Is this The One?” mattress spiral was born. 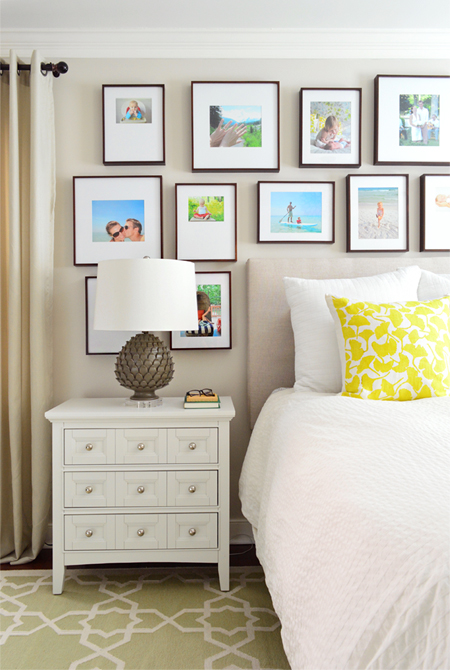 Let me preface this by saying that I’ve been hesitant to write this post. We generally don’t like to spotlight products that don’t work out for us, because – especially in the case of a mattress – it’s a lot about personal preference, not some flaw in the item itself. But earlier this month we kinda broke our own rule by podcasting about our lukewarm experience with a Roomba we bought from Costco (btw, thanks for all of the feedback from all you Roomba-lovers and non-lovers – we have a podcast update coming soon!)

And then last week our friends Chris &  Julia shared their own experience with two mail-order mattress brands. Their comments section made me feel less crazy for not loving ours, so I decided not to bite my tongue any longer – just in case anyone else is wondering if these things are as magical as their marketing made me believe they were. Again, this is just my humble experience, so take it for what its worth.

Why A New Mattress?

Our old mattress was 7+ years old and we were feeling less and less satisfied with our night’s sleep. It was a mail-order mattress itself actually – just a denser latex that arrived in three boxes, didn’t expand, and required a bit more assembly. So yes, clearly the Stone Age when it comes to getting your mattress in a box. 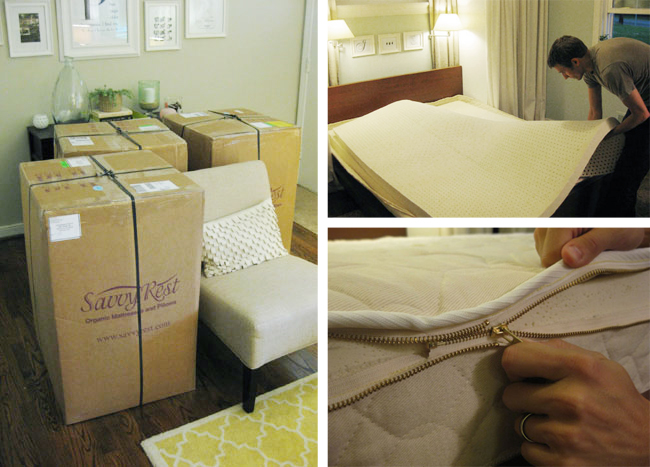 A few years ago (back in our second house) we were feeling the need for a softer surface, so we added a padded mattress cover to it. That helped, but we needed more, so on went a thin feather bed. And eventually another. Yes, at some point we were sleeping with three layers of padding in pursuit of the sweet spot of supportive yet sink-in-able.

When we moved into this house 3.5 years ago, we ditched most of the pads (they were constantly sliding around) in hopes falling back in love with our old mattress in its pure form. It was still too firm, plus it was starting to show impressions where we both slept. So last year we finally decided to it was time to go, Especially after googling the normal lifespan of a mattress and reading 7-10 years. Yup, for us that was right on the nose.

We actually went the “traditional” route first. On a whim one day, we walked into one of those stereotypical mattress stores and before we knew it, the saleswoman had us curling up on row after row of showroom mattresses. I have to say – it was extremely fun. So many options! So many pillows! So many loud plastic covers to keep shoe dirt off the bottom of each bed!

As much as we love hunting for a deal, we sometimes get this surge of “why overcomplicate this for ourselves?” and before we knew it, were signing papers to have our “sleep-tested-five-times-in-the-store-and-we-liked-it-best mattress delivered the following week. It was a Sealy Posturepedic Hybrid  (meaning half-foam, half-coil) and it was around $1100 after a $100 rebate. I felt a little bit like a sucker (you know I love researching things to death) but I also felt extremely ready for a better night’s sleep. Mattress excitement was in the air. It was palpable. I live on the edge, guys.

(Forgive the poor iPhone photos in this post – since we hadn’t planned to blog about this, all we have are a few random shots I snapped to show one of our friends) 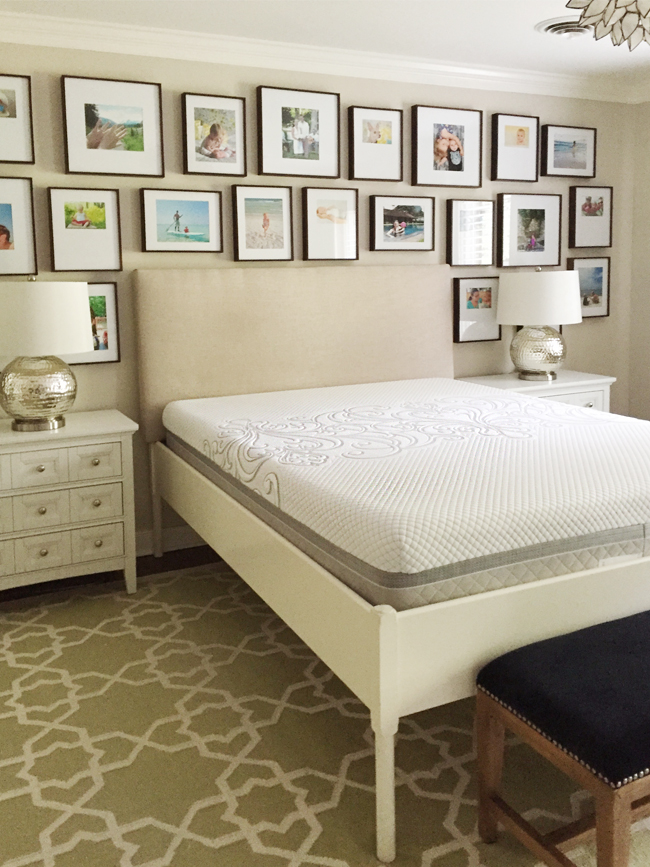 The mattress arrived. We hopped onto it ready to be enveloped in luxury or whatever, and instead, both of us thought “is it supposed to be this firm?” “We LIKE firm but it didn’t feel THIS HARD in the store.” “UH OH.”

We called the saleswoman and she assured us that we needed to give it a couple of weeks or more to break in, so yes, it will feel a little firm at first. But it was a tough pill to swallow considering our eagerness to have a mattress that we loved with a capital L.

After a couple of weeks, I was beginning to enjoy the new mattress but Sherry wasn’t fully convinced. The saleswoman had extended our return period to test drive it (thanks to our initial impression/freaked out call to her) but the clock was ticking. So this is when we took the leap and ordered a Casper mattress. I’ll admit we didn’t do a ton of research beyond confirming what we had heard in their marketing by reading the overwhelmingly positive reviews on Amazon. It was about $150 cheaper than what we’d gotten at the store, so we were poised to save some money by returning the Sealy – and we liked the idea of getting to compare two mattresses and then being allowed to just send back the one that didn’t make the cut. Seemed error proof. Plus, my childhood cat was named Casper so… win-win-win?

When it arrived a few days later, I could feel all of the hype coming to life in front of my eyes. I can’t believe there’s a mattress in that box! Woah, we’re watching it expand before our very eyes! Although, unlike all of the bloggers before me who documented this process with clever GIFs and time-lapse videos, I just shot one of these terrible, rainy day pictures. 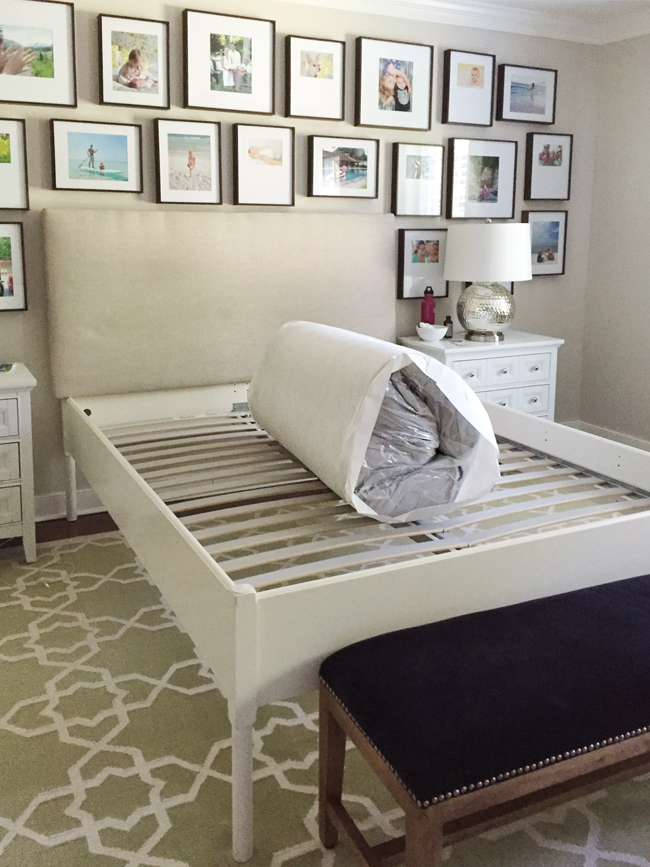 We wanted to love the Casper mattress, but it was hard to deny that it fell noticeably short of the store-bought one. The first reason was:

Thickness. This will sound dumb, but the Casper felt very thin on our bed. The new Sealy was 12.5″, but the Casper was just 10″. I know it doesn’t sound like much, but it was a difference we could see and feel (we would scrape our legs on the bed frame because it squished when we sat up to get out – and we were sleeping noticeably lower than our nightstand all of a sudden). We could’ve gotten a thin bunkie board or something, but we couldn’t get over the overall feeling of meh. 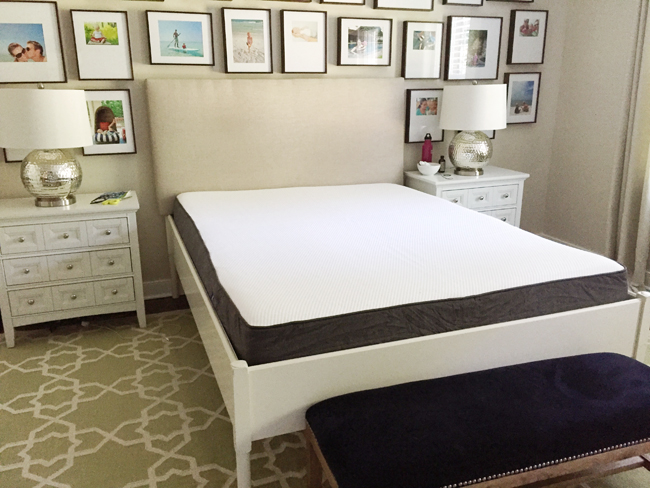 That wouldn’t have been enough to return it, but reason #2 was:

Firmness. The all-foam Casper felt incredibly soft to us. You sunk into it in that way that feels awesome at first (kinda like that initial leap into a good hotel bed) but then you quickly realize you’re not being supported in the right places. I know I’ve said we were hunting for something softer than our existing mattresses, but Sherry and I still both like a fair amount of support. We could both tell from the get-go that Casper wasn’t firm enough, but we gave it a couple of nights just to be sure. And believe me, we were sure.

Again, I feel bad knocking this mattress that lots of people clearly love – but I can say that we were VERY impressed with the customer service. The return process was super simple and the people on the phone were very kind and understanding. And since they can’t resell a used mattress, their business model is to contact a local charity so they can come pick it up for a family in need. I KNOW. So we can’t say enough nice things about the PROCESS of buying the mail-order mattress. But sadly as for the mattress itself – we just weren’t a good fit.

The story has a happy ending. Having seen that the grass isn’t always greener, we flopped the Sealy back onto our bed and decided to give it another chance (we still had a couple of weeks left to test it). And sure enough, it gradually softened up and now we’re both pretty darn happy with it. My only hesitation in gushing is because it doesn’t have that dramatic “sink-in” feel that we wanted (and felt in the store), but I think this process taught us that we actually don’t sleep well on a mattress with noticeable sink in the long term anyway (I have to push with some effort in the pic below). So while part of us “misses” that cliche plushness, we know we’re getting a good solid night’s sleep and there is zero soreness in the morning (which was occurring when our old foam mattress started to sag, and when we tried the Casper, which was just too soft from day one). For us, I think that hybrid combination of the foam top and coil support is a really good mix. 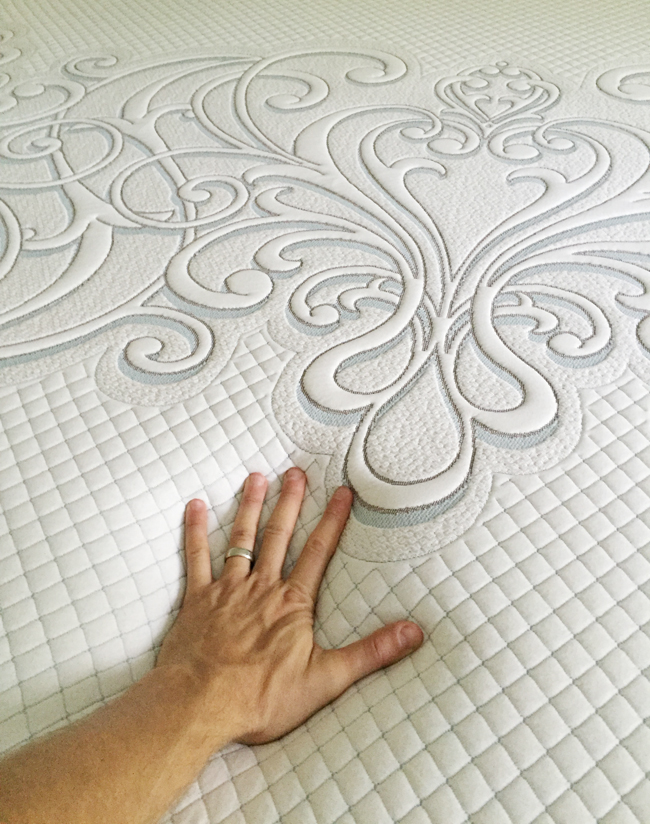 And, this may sound like we haven’t learned our lesson, but we’re considering some of the mail-order, foam mattresses for our beach house. Their more affordable price point is certainly enticing considering we’ll probably need 5 (!!!) plus having them delivered directly is a plus. So I’ll still be paying close attention to reviews and everyone’s thoughts on these puppies. Just because that Casper didn’t work for us doesn’t mean we’re off the mail order mattress train entirely. Although we’ve also been VERY happy with The Original Mattress Factory mattress in our guest room that we’ve had for a few years now. Sherry’s mom says it’s more comfortable than a fancy hotel mattress. So that’s also a beach house possibility for sure. The plot thickens…

PS: I’ve mentioned this on our podcast, but I highly recommend the “Mattresses” episode of another podcast called Surprisingly Awesome. They go behind the scenes of the mattress industry to see why it’s such a confusing shopping experience (when it probably doesn’t need to be). Their conclusion? “You probably want to spend more than $800—below that there are some good mattresses, but there are also a lot of bad ones. And anything you spend over around $1,500 is probably not gonna get you that much better of a mattress.” Who knew mattress talk was so interesting?!

#33: In Pursuit Of Buying Less & Doing More
#34: And Just Like That, The Beach House Threw Us A Bone