Last October we transformed our porch into a spooky display complete with pumpkins, spiders, and creepy branches (read about that here). Well, this summer we sorta achieved the same thing by accident. But more in an “is this house abandoned?” way. Here’s what I mean: 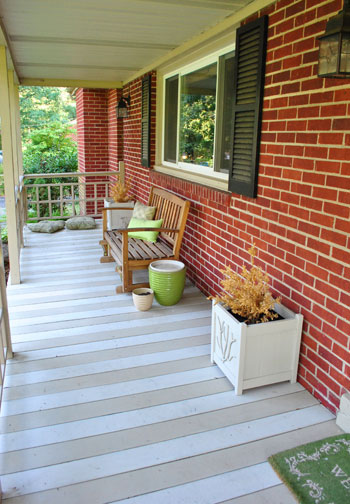 Our best excuse is that caring for a newborn resulted in us neglecting the porch plantings, meaning we got dead bush… 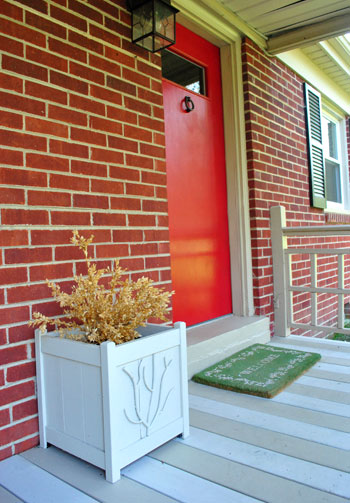 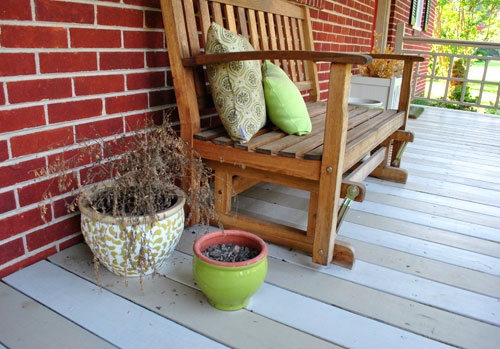 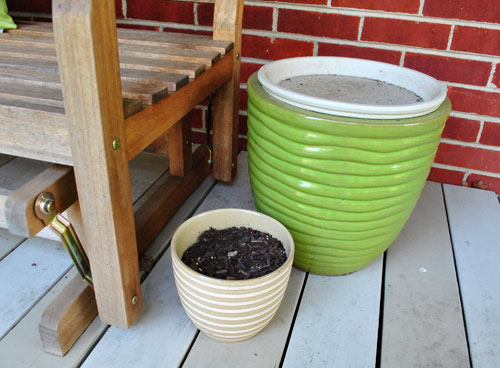 It’s embarrassing, we know. So we bucked up and finally decided to rectify the situation. Not just for ourselves, but also to earn back some of our curb appeal for the whole Project Sell This House initiative. And all it really took was a quick trip to Home Depot to grab some colorful plants (two mums, a pansy, and a hosta to be exact): 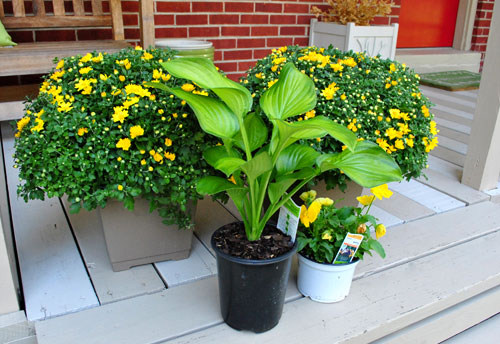 The mums were for the two big square planters on either side. So the first step was to say good riddance to the old somehow-they-turned-orange boxwoods that used to live there. Sayonara suckers. 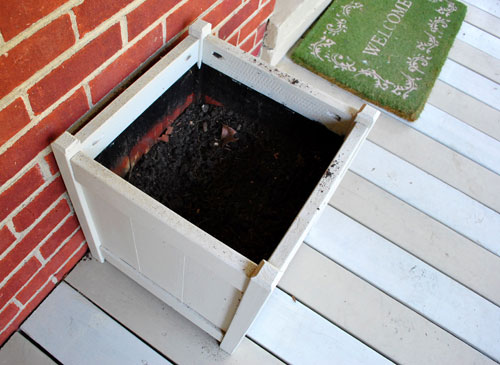 Now here’s where I normally would’ve dug in the new plant. However, we’ve realized that plants on this porch will inevitably have an expiration date. They don’t get much sunlight nor any water thanks to the roof above (although we do our best to water them ourselves), so we agreed it’d be silly to waste our time trying to establish a permanent bush again. Hence the reason we snagged this seasonal mum in a square container (see where I’m going with this?) so that we can just plop the thing right in over the leftover dirt, planter and all… 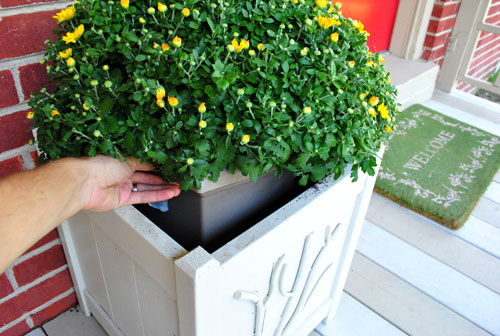 Voila. Instant update. And it can now easily be swapped out for other planter-ready pot when the seasons change (by us if we’re still here or by the new homeowner if we’ve already moved).

Plus because it’s still in the original container, we can easily take them out and place them on the lawn in the sun every once in a while to help keep them happy since the porch is such a shady place. 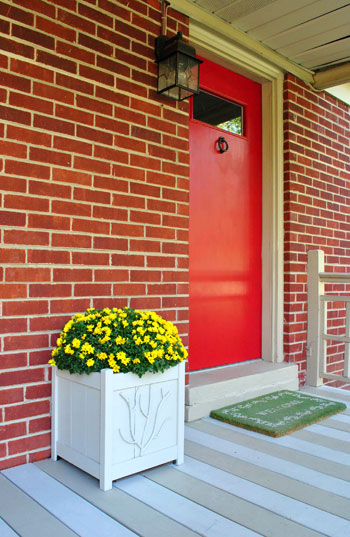 So anyway, with the mums just dropped in (which took about ten seconds), I did take the time to dig in the other plants since I wasn’t going to be able to pull off the same trick in those other containers. But they were small enough that it took almost no time. And I can also place them out in the sun a few times a week to keep them looking perky (and opposed to dead). 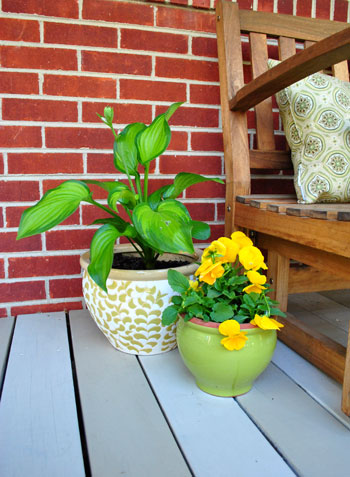 Then we gave the porch a good sweep to freshen it up a bit. Happily our painted stripes from last spring are still going strong and showing nearly no wear and tear, which is nice since we feared that the light colors might end up looking dingy. And after sweep-fest 2010, just like that we were back in business. No more unintentionally creepy porch. 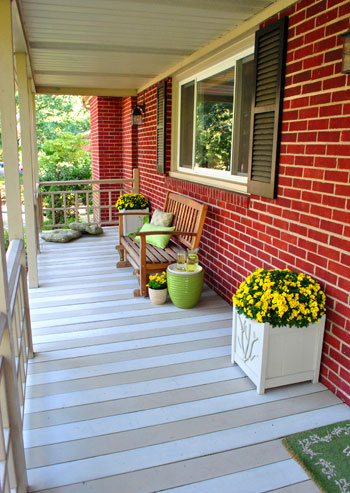 It’s amazing how under $35 in plants (the mums were $12 each, the rest were $10-ish total) freed us from our previous porch shame. 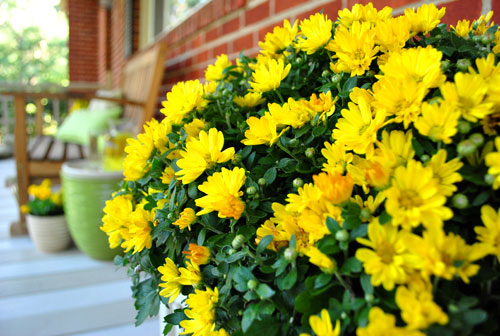 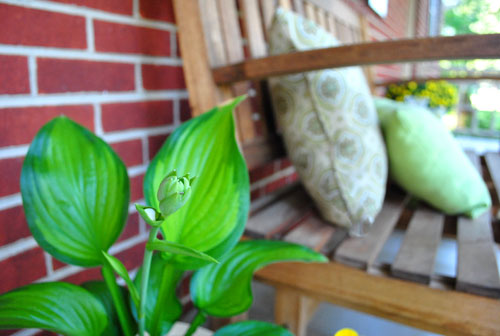 What’s the deal with your porch – or your front entryway in general? Anyone else with curb appeal shame going on? Or do you also have mums in action in an attempt to keep things looking good?