Let’s talk about Apps And Zerts, shall we? (Yes, that was a Tom Haverford reference, so you might want to grab your super water and sandoozles before we get into the nitty gritty)

As I was trying out some new floor-planning apps to write last week’s post about our office floor plans, I took some screen shots and photos to share with you guys, and then that post felt full of enough graphics and words without them so I thought “eh, I’ll just skip that stuff.” 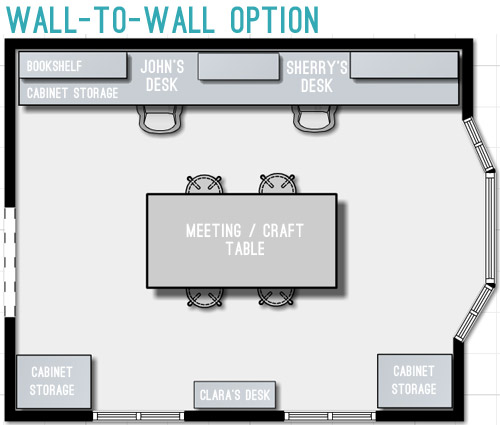 Well, no less than a few dozen of you asked for more info on how our floor plans were made – and lo, this post was born. Like a phoenix rising from the ashes. 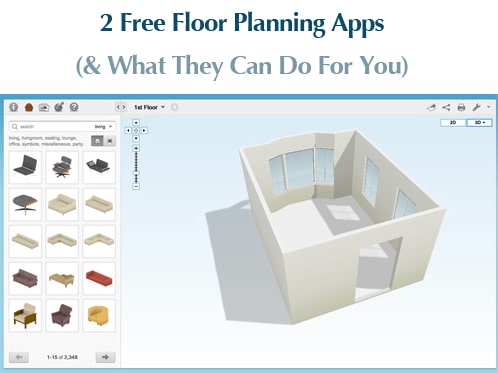 We’ve talked about techniques and tools for planning a space back in 2010, and also did this post about software for planning in 3-D back in 2011. As much as those 3-D versions were helpful for planning our last kitchen, we still usually plan in 2-D (like this floor plan that we made of this house’s “before” layout using Floorplanner.com). On that post about our new house’s layout, a few of you mentioned some new phone apps for making floor plans, so I thought I’d use this office conundrum to take a couple for a spin and see how well they work. 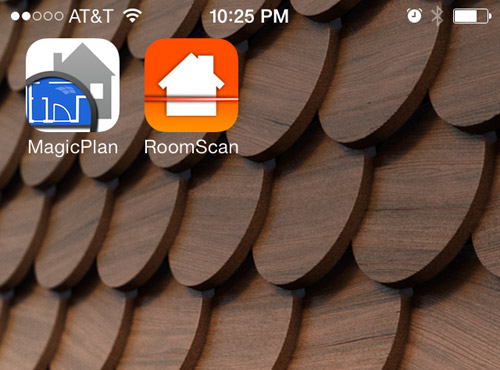 Both MagicPlan and RoomScan were free (well, to download… more on that later) and I chose to try them because unlike an app that just helped you enter wall measurements and then noodle around with furniture icons, these two actually promised to create the floor plan for me – no measuring tape required. There may be others out there like these, but they were the only two I found in my search of the iOS App Store. Let’s start with MagicPlan. Its basic premise is that you stand in the middle of your room and spin around in that spot, using your phone’s camera to mark each corner and doorway as you go. And yes, I’m regretting my decision to have Sherry snap photos of me doing this because I just look like a giant nerd. 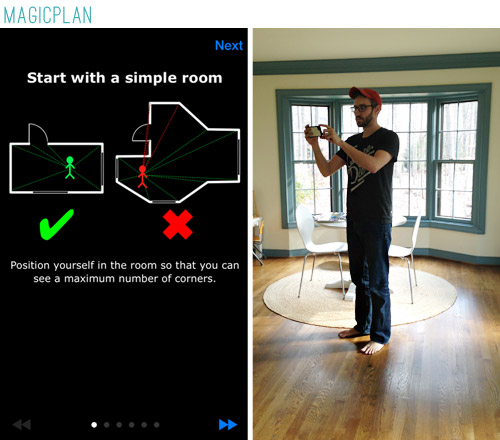 Here’s a screen grab I managed to capture in the process. You’re supposed to line up each corner of the room along the green axis, where it will then drop a virtual cone. You can also mark doorways (not windows, though) and mark “through furniture.” The latter is a bit difficult because you have to judge for yourself where the corner sits behind the object. 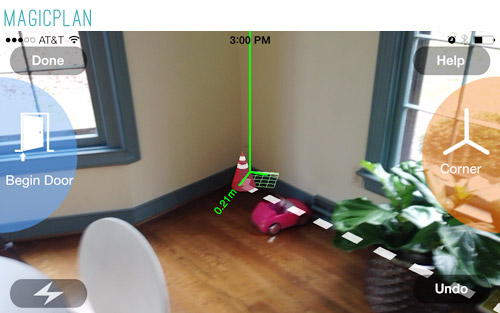 Here were the results of my first attempt. You can see that it was, well, yeah… 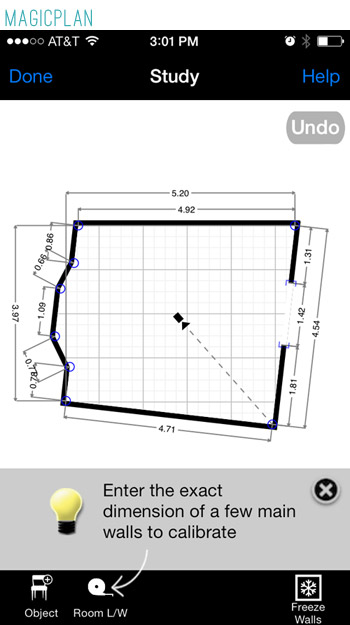 Admittedly I was a bit fast and loose with my corner marking since I wasn’t sure how much the app would compensate and adjust. So I gave it another try, trying to be more more careful about dropping my cones precisely where two walls met the floor. The results were MUCH better. 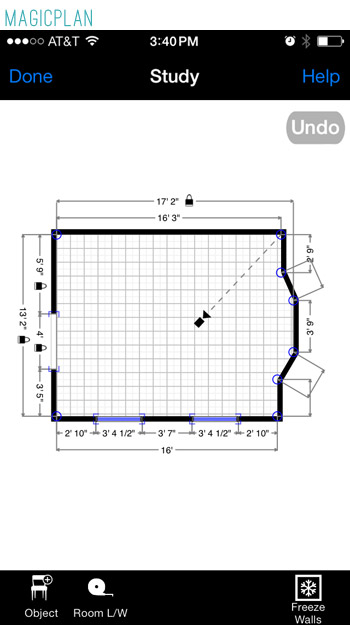 The screenshot above is after I did a bit of adjusting – namely adding two windows and manually fixing some of the measurements. I was kind of disappointed that I did have to break out the measuring tape, just to check things – but if I hadn’t, the app’s measurements would have been within 2-4″ so I’d say they’re pretty reliable for general space planning purposes. Speaking of which, MagicPlan does have some placeholder furniture (including a drumset!) that you can play around with. I liked that it was pretty easy to adjust the scale of things, but so much was locked in the free version that it wasn’t really worth it. 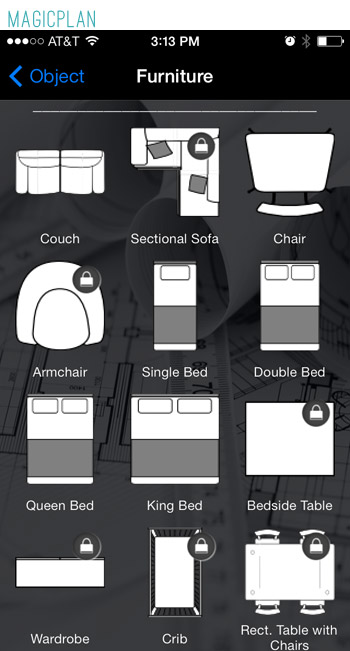 Yup, I was definitely bumping up against the “free” threshold. Since I couldn’t furniture plan in the app, I decided to export it. They offer lots of export options, but most of them come at a price. I tried the one free export option (a PDF and JPG emailed to me) but it’s so watermark-tastic that it’s not really what I need. 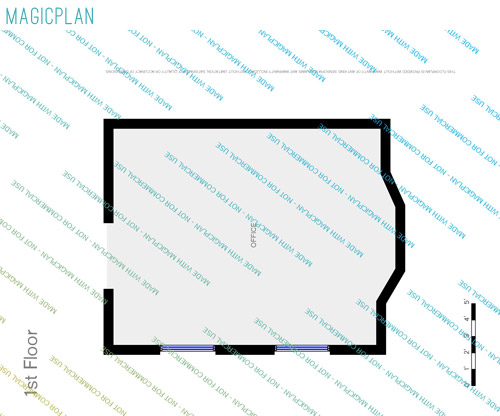 Let’s compare that to the other app I tried: RoomScan. After my difficulty getting the hang of marking corners, I was intrigued by the promise of this technique. You basically walk around the room and hold the phone flat against the walls at several points. Seemed pretty dummy proof (and no, I didn’t look any less nerdy doing it). 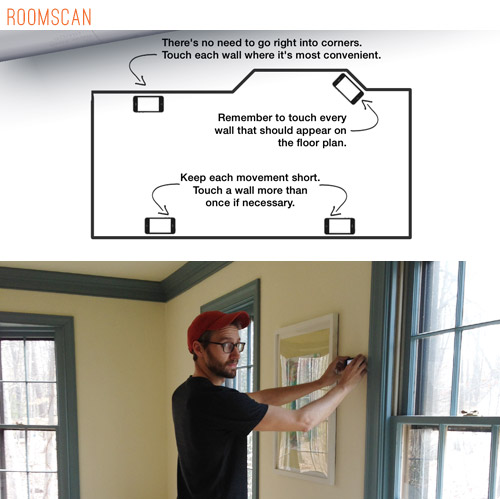 Here’s a screenshot of what I was seeing on my phone. The instructions they provide as you go are super easy so I felt like I was rocking my first scan… although the rough sketch that it was drawing in the background had me a bit nervous. 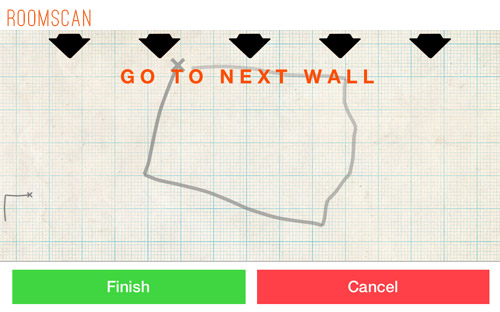 The resulting final floor plan was better than the sketch, but it still wasn’t very impressive. You can see the path I walked too, just like I’m Billy from Family Circus. 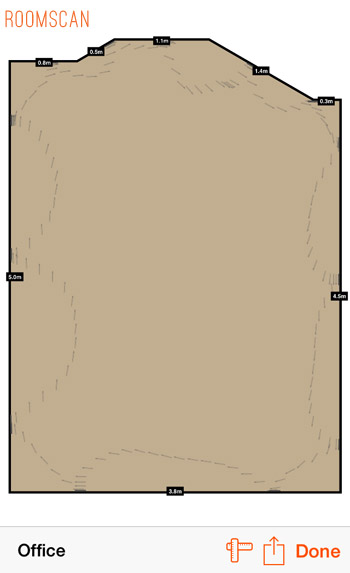 I tried it two more times – stopping at more points along the wall in my next attempt, and going the other direction in my third. Nothing turned out any better, but like MagicPlan I was able to go in and manually fix the measurements so the room became less askew. 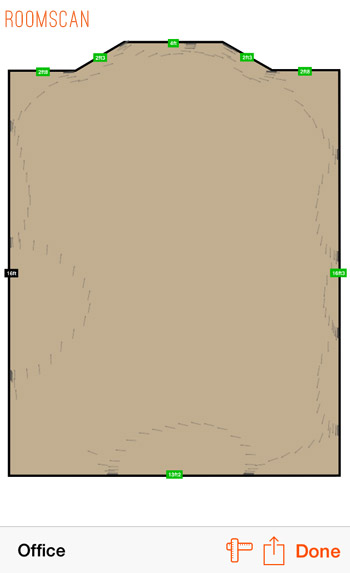 With my room looking better, I couldn’t seem to do anything else with it without purchasing the full version (which is $4.99), but because the free version really didn’t spare me the trouble of busting out the measuring tape, I wasn’t convinced to go pro.

For the sake of experimentation, I did spend the $2.99 to export my MagicPlan layout (the first one I tried) over to Floorplanner, since it automatically sent it to my Floorplanner account with the same email address. I wasn’t able to accomplish much in the Floorplanner app (that’s also free, but it looks to be better suited to a tablet) so I went over to the desktop version that I was used to using and I was right back in my comfort zone… plus I could play with my room in 3-D! 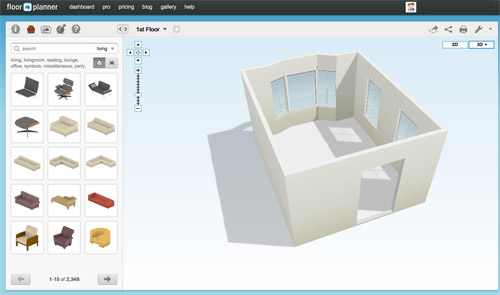 That’s also how I was able to make the three different floor-planning options that you saw in last week’s post (along with our hilariously weird “current office” layout). It was a combination of measuring in MagicPlan, and then adding furniture with floorplanner.com. 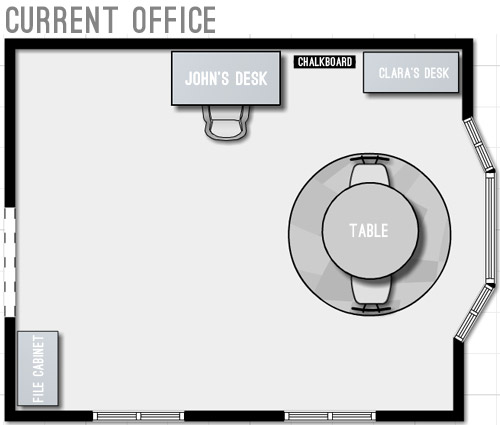 In the end, I’m not sure I’m a total convert to app-based floor plan making – especially if I need precise measurements for building, but for creating a quick mock-up of a space (or even a whole house, since MagicPlan allows you to connect multiple rooms) I’m glad to have it in my back pocket.

Has anyone else had a good or bad experience with these apps? Do you have better tricks to share, or other apps I should try? I don’t think I’ve hit my monthly quota for looking like a doofus while awkwardly holding my phone in a room by myself yet, so feel free to lay them on me. Meanwhile Sherry’s upstairs painting something (it’s like a race against the baby clock), so she’ll be back with those details tomorrow.

Psst- Clara’s having conversations again. This time on the subject of favorite farm animals and another baby name idea…

Using A Paint Sprayer For Trim Instead Of A Brush
Fab Freebie: Art For U