Drywall mudding and taping in the laundry room is going (I think) well.  We’re two coats in and past our first bout of sanding (we tried wet sanding so I’m excited to share how that went) but I’m still holding my breath a bit to get through the third (and hopefully last) coat and onto primer to be sure it looks as good as we think it does, since it’s that last step that tends to be the real test. So rather than split up our mudding and taping tutorial into two posts, I’m holding off until Monday to cover the process from start to finish (with video). So today we’re talking about money and insulation with Insulation Company Mclean VA. 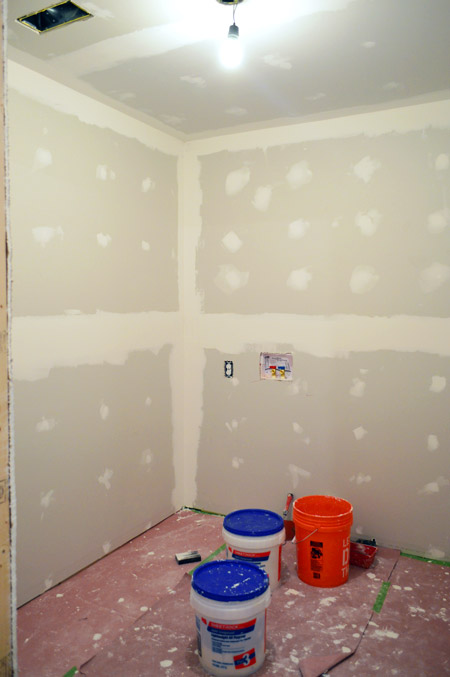 Drywall completion will actually mark the end of the tasks that we had gotten quoted by two contractors, so we thought this was a good budget check-in point to see what sort of savings we got by choosing to do more ourselves and hiring out sub-contractors directly. Here’s where we’re at:

Our wallets are definitely feeling good about not having spent twice that on the contractor bids that we got (the first one was nearly $5K, the second was $3250). Looking at the line items on those estimates, it looks like we scored the biggest savings in two areas – framing and drywall. Together they accounted for over $2,000 in both contractors’ estimates, but we spent less than $750.

Of course our drywall is lower because we chose to do it ourselves (we did get a separate bid from a subcontractor and it was right in line with the contractors’ line items). Framing came in lower for a couple reasons, I’d guess. One just being that David is super nice, quick, and affordable. But also because we suspect that it’s the line item where the contractors put most of their fees and miscellaneous costs into. Because when you look at our plumbing and electrical costs, they’re not wildly cheaper than the contractor’s estimate (both were about $150 less). So still lower, but not as dramatically. Our other savings came from doing smaller tasks they worked into their bids, like laying the subfloor, redirecting those vents, adding the insulation ourselves, etc.

Long story short, we’re very grateful that the first half of the project clocked in at significantly less than we originally thought it would… because we still have lots of costs ahead of us: floor tile, cabinets, shelving, etc. Oh and one other benefit to the do-more-and-subcontract-a-few-things method is that we got to jump start the project much sooner, rather than waiting for an opening on the contractors’ schedules. 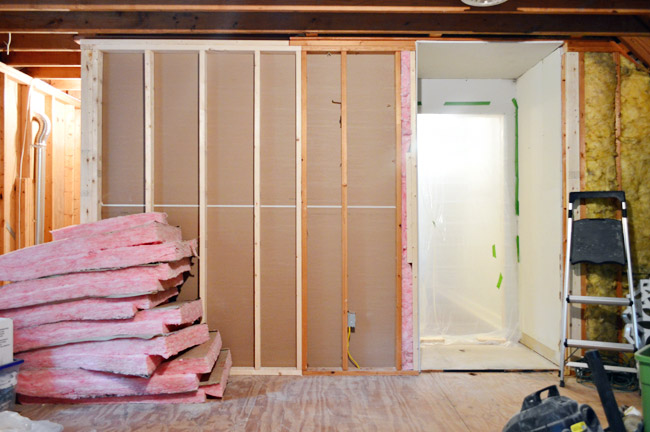 While we waited for my most recent coat of joint compound to dry, I took care of hanging the insulation around the outside of the laundry room. My understanding is that insulation on interior walls isn’t really required, but since this room is backed by an unfinished, unheated/cooled and otherwise uninsulated storage room (for now at least) we figured it was a good extra step to take. Plus it could help cut down on a little bit of the noise of running the washer & dryer once there’s a finished bunk-room behind it. So I watched this how-to video and got ready to get my install on. 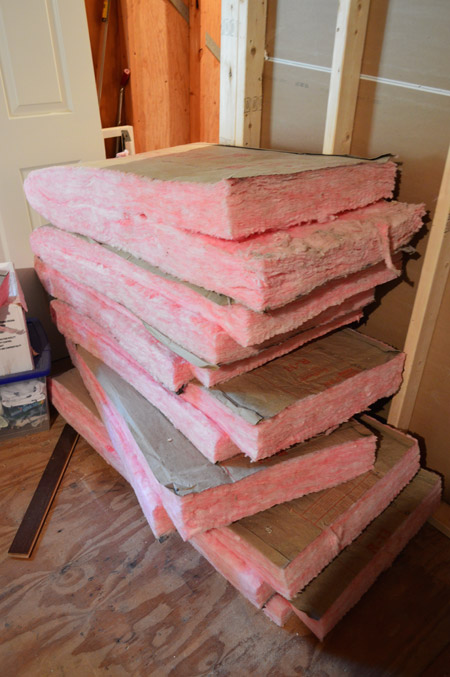 I picked up the above batts of insulation at Home Depot on my material run a couple of weeks ago. I chose batts because they come pre-cut for 2×4″ depth walls and 8ft tall ceilings like we have. They also come 15″ wide for 16″ studs, but I accidentally ended up bringing home the 23″ wide kind. ::smacks head:: And I didn’t realize this until I’d already unwrapped a package. ::smacks head again:: 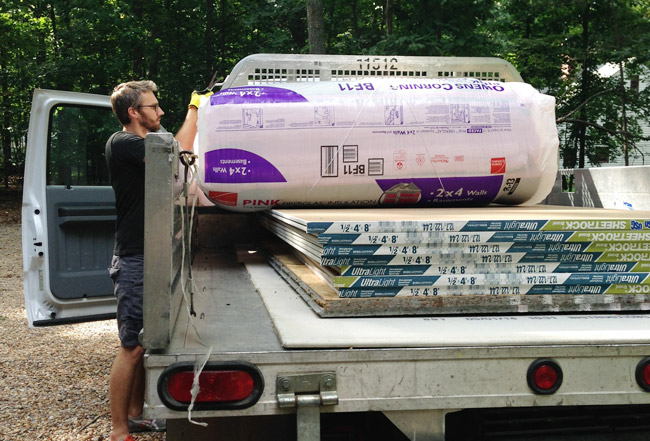 No biggie though – it just meant some more cutting, which is pretty straightforward. Although it does require a uniform of protective gear, including pants and a long-sleeve shirt to keep the itchy fiberglass off your skin. It’s a really fun outfit when working in an un-air-conditioned space in the summer. Dead eyes optional, btw. 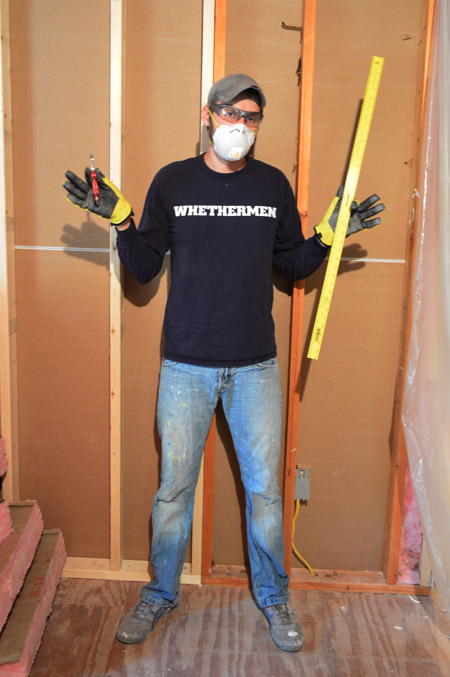 To cut them, I laid a batt facedown (i.e. paper side down) and pressed a straight edge into the pink insulation along the line I wanted to cut. Once compressed, it’s pretty easy to cut it with a utility knife. 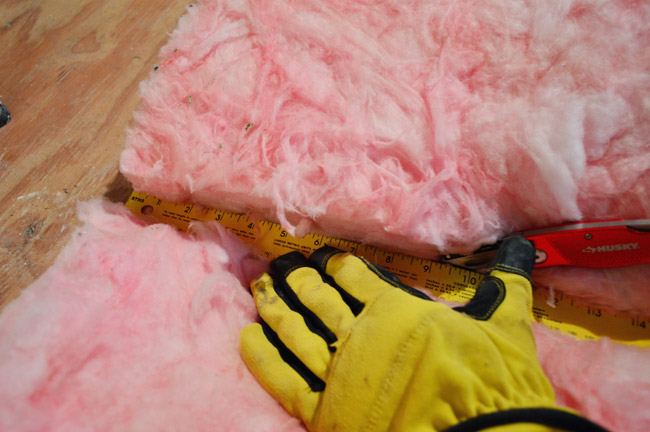 You can tell that the cut is working because the side you’re not pressing down with the ruler puffs back up. Sometimes I did have to flip it over and cut the paper a little in a few spots where my knife didn’t make it through on the first try. 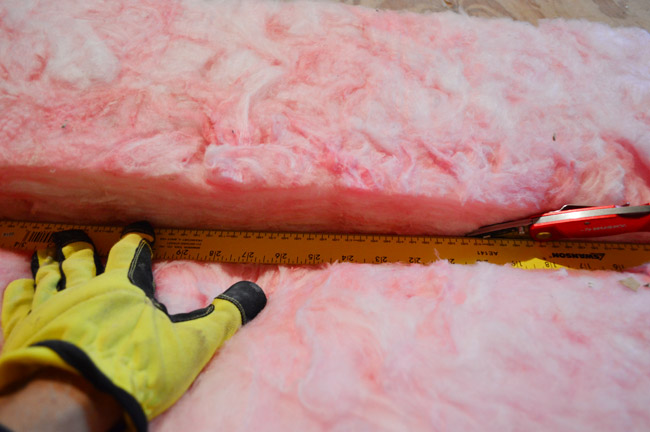 The facing on the batts does have a bit of an overhang to help you staple the insulation in place. But facing is apparently highly flammable, so it says all over the place that it should not be left exposed. So I placed the batts face-side in (since we’re not sure when we’ll get around to finishing the storage room). Since I was careful not to cut mine too narrow, they held in place by themselves just fine, all it took was a gentle push into place. 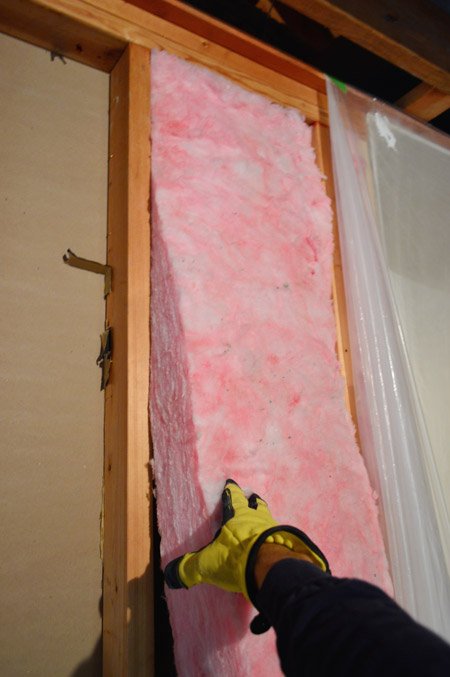 Occasionally I did have to cut around obstacles, like electrical boxes or laundry pipes. But I just tackled those as I went. 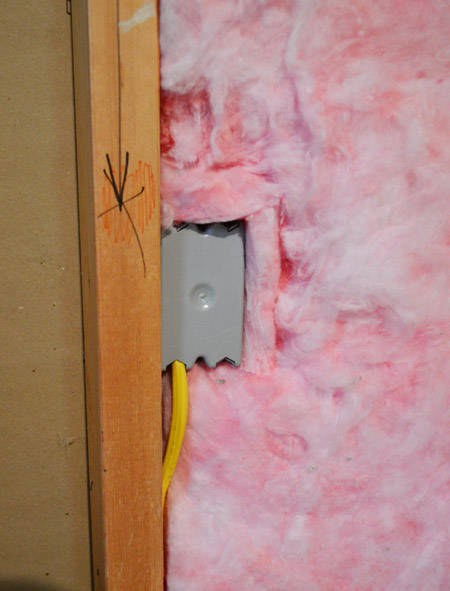 It was a pretty easy task – just a wee bit warm thanks to the conditions in the room and my sexy outfit. 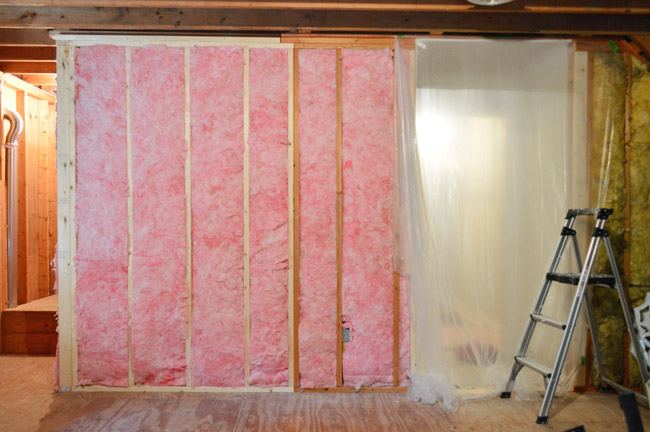 Although my adventures in insulating aren’t complete, since I still have to do something with the ceiling. I can access it somewhat easily from the stairs that lead up to the third-story attic space, so my first instinct was to do more rolled insulation or batts, rather than mess with blown insulation (which was up there originally over the old laundry area). The Jury’s still out though.

Now we’re going to return our attention to mudding and taping (and hopefully priming) so we can get this room ready for some flooring… which then makes it ready to get appliances plugged back in. I can practically smell the detergent! 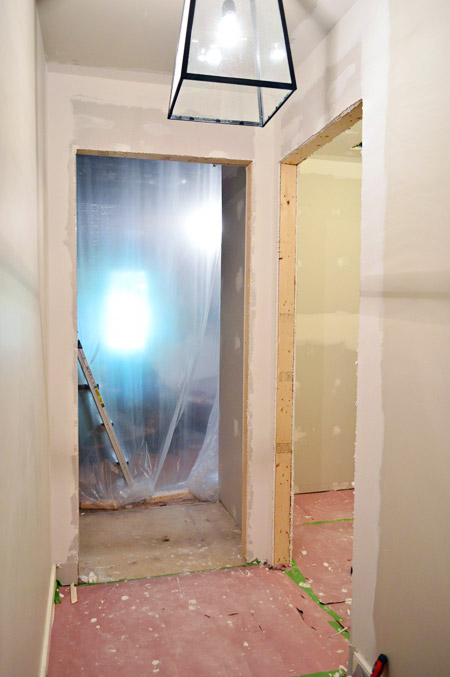 Does anyone else have any fun weekend plans? Wait, don’t tell me if it’s super fun, because I might fling some drywall compound in your direction.