The funny part about talking about our Oprah-related experience during blogiversary week is that we talked about almost appearing on Oprah’s show during our very first blogiversary week (spoiler: we got bumped last minute by Ty Pennington and some twins in need of a makeover). So it seems, now five years later, that things have come full circle. Was that an O pun I just made? Yes. Yes it was. 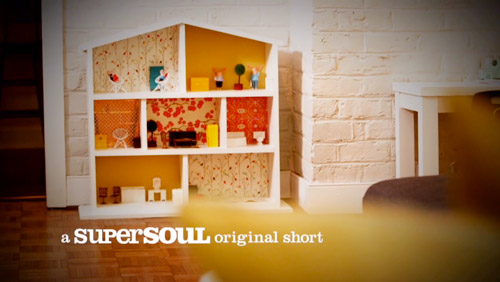 First of all, the exciting news. For anyone who wasn’t able to watch or stream the short film when it aired on Sunday, the kind folks at OWN have generously provided a clip for us to share here. So here it goes.

The nice thing about working with Oprah’s team is they’re really good about encouraging you to pause and think more deeply about what a home really is and what it means to the people who live there. Even watching it back, and the way they edited a day’s worth of words and footage was thoughtful. It just really cuts to the meaning of home for us. And it was a reminder that as much as we can stress over how something looks and whether a project is turning out the way we want it to, those aren’t the things that make a house a home. They’re just a fun part of the journey if you can manage to sit back and enjoy the ride. Which is definitely what we strive to do everyday. We’re not trying to pretend that we’re philosophers, but Oprah’s editors sure can make you feel all warm and fuzzy. 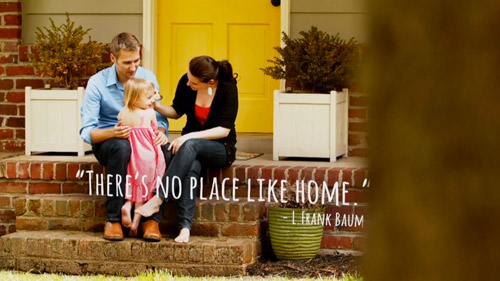 But wait, the most insane “is this real life?!” moment was when Oprah herself said our names in the intro, which was just before the clip above kicked in. Correct pronunciation and everything. So you know we had to tape it off of our TV, right?

Then right after it aired on Sunday, she tweeted a quote from our segment. Not only did she say our names, but she listened to us talk. #brainexplosion

So how did this all come to be? Let’s rewind over ten months ago to last November when our book tour took us to Chicago, Oprah’s hometown. Through our publisher we learned that a producer at Harpo (Oprah’s production company) was hoping to chat with us while we were in town. Um, sure! Our trip there was quick, so the meeting was very casual – as in “meet us in the lobby of our hotel a couple of hours before we have a book signing” casual. 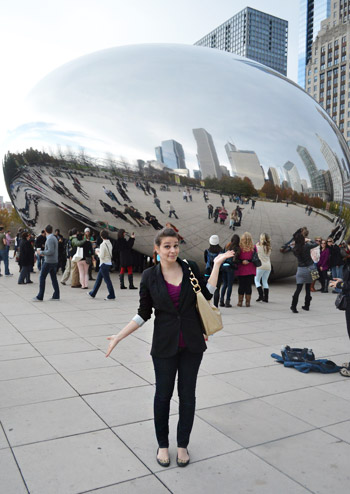 Heather, the producer that you’ll meet here in a minute, was amazingly nice and awesomely enthusiastic about finding some way to collaborate. And when she tossed out the idea of a 3-minute short film, we thought it would be fun. 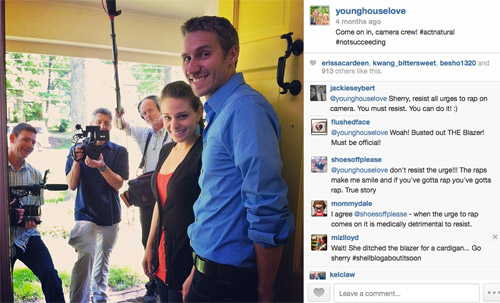 Ok, and we lost our minds a little, as evidenced by this text-fest between Sherry and Roo. 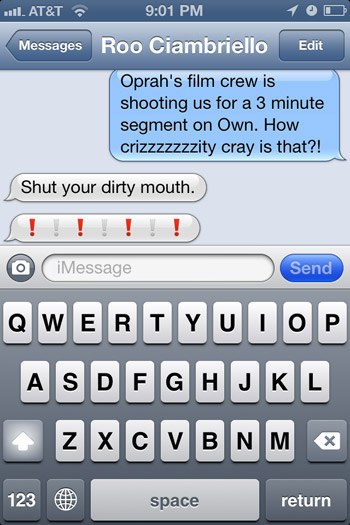 The shoot day was back in May, so we were still living in our old house. And since no behind-the-scene post is complete without a “Look, John had to put on make-up!” shot, here it is. 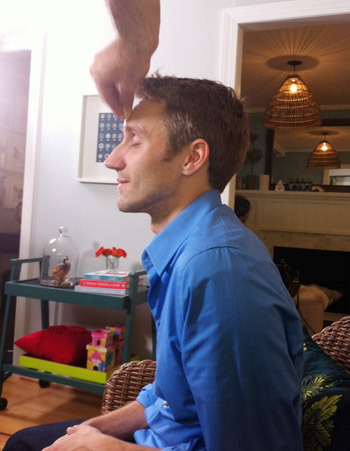 The day was pretty easy as shoots go. We had built up a good friendship with Heather (whom you can see standing on the far left below) so it was nice to finally have her over, along with a really nice team of talented crew-members. 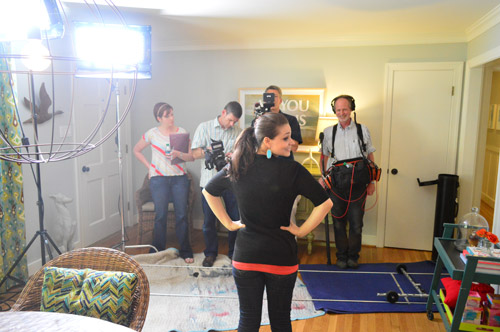 The hilarious happened-within-ten-minutes-of-the-crew-arriving-story is that Sherry threw out her back for the first time ever. She was doing some last minute cleaning in the living room while they were in the dining room setting up and she leaned over the sofa to put something away and said it felt like someone pulled a piece of her spine out like Jenga. She essentially fell on her face on the sofa, couldn’t move, struggled to roll over onto her back while praying that no one would see her floundering around on the sofa, and stood up very slowly. Then she slinked into the bathroom and called the doc, who recommended a high dose of tylenol and as much lying down as possible. Thankfully the pain-killers kicked in and she somehow made it through the day… but in person she was a lot stiffer than usual. Which explains why Sherry describes the walking scenes of us as “that time she waddled like a duck on national TV.” 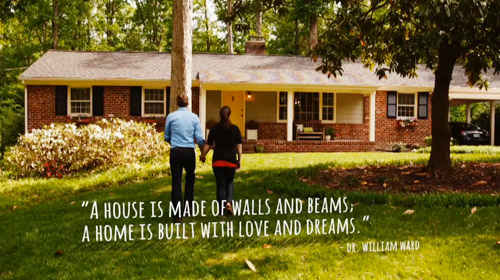 One of our favorite parts of the day was just watching the crew work their magic. Here’s how they got some of those pretty shots of our (very missed) frame hallway. 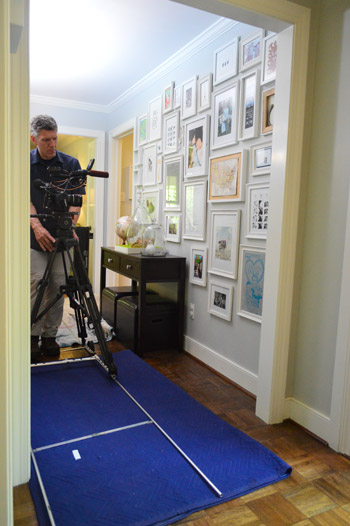 Clara was at school or napping for most of the shoot, but she was there for our fun little family activity of baking cookies. I love this shot because it looks like Clara’s on the set of her own cooking show. 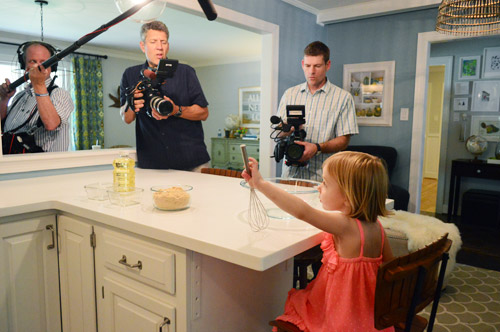 We also took a brief visit over to the new house with everyone (our inaugural shoot in this place!) so they could capture some footage about our “next chapter” (to steal some OWN’s lingo). None of this footage made it into the final clip, which is probably good because I think we were all like “So, um, this is our new house. Please don’t look too closely yet…” 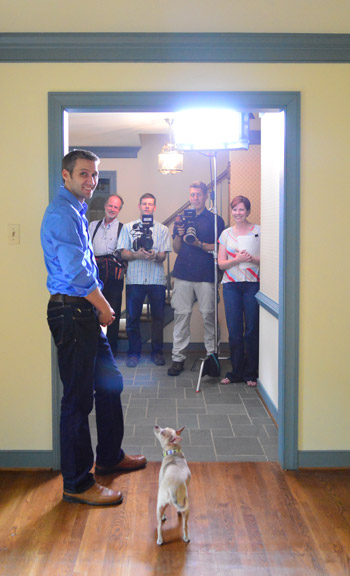 We’re incredibly grateful to Heather and the whole Harpo crew for their excitement to work with us. We’ve always been big fans of Oprah, and now we have an even greater respect for all of the people and work that stand with her. Oh, and for the record, never during this process did we meet or speak to Ms. Winfrey (as we learned she’s called around the office). But maybe in another five blogiversaries that will have changed. You never know…