Ok, I keep mentioning that Katie B and I stared into each other’s eyes for 48 hours straight and she posted about the whole shebang right here (update: Katie’s blog is giving her issues, so maybe try clicking over later or tomorrow instead of right now). And by whole shebang I mean the part where Will went to the bathroom in the tub (numero dos) while bathing with Clara. And how Jeremy and John accidentally wore the same exact beverage themed shirt on Sunday… 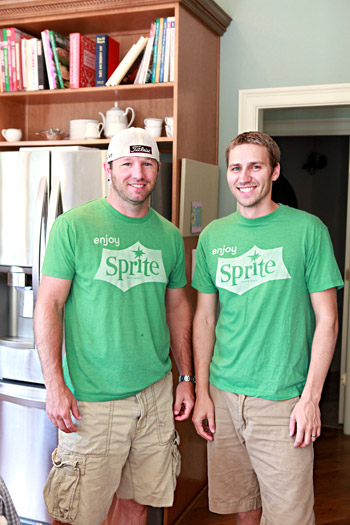 She also touched on our pedicure adventures… 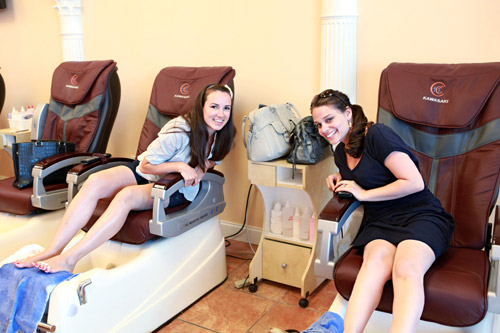 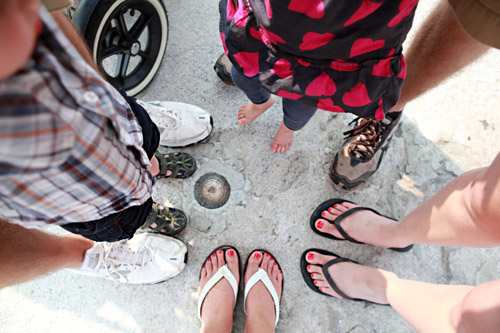 It’s all here (update: just remember to click over later or tomorrow since her blog is giving her grief).

But back to our little Goodwill excursion. We decided that trolling the aisles of a thrift store in search of stuff that was take-home worthy might be blog worthy (“might” being the operative word). So here’s what we came away with: an 11 minute video of two giddy weirdos who giggle like 5th graders whenever some sort of innuendo slips in. So to answer your impending questions: no, we don’t know what our malfunction is. And yes, this regression is probably Freudian. So think of us not as adults and mothers but as two immature gals who can’t calm down for thirty minutes to make anything remotely polished and posed. For those at work who can’t watch it, just envision twelve year old girls braiding each other’s hair and jumping on the bed while having a pillow fight after applying sparkly nail polish and swooning over a Bon Jovi poster. And for those who can watch it: I’m sorry. We just can’t help ourselves. Tweens may get hyper after too much sugar during a sleepover, but we’re like that at Goodwill at noon.

A few things to note:

And now for a Yackity Yack dance break (the visuals are kinda boring, so might I suggest scrolling down as it plays?): 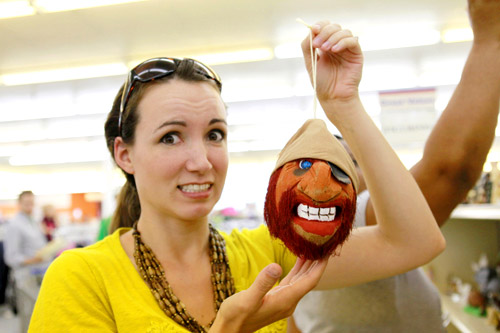 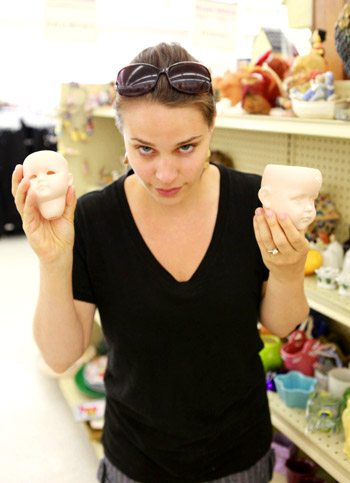 All in favor of not buying those things, say I. Oh and you might wonder how Jeremy, Will, John, and Clara kept themselves busy while we Flip cam’d our way through the store. Well, things like giant wooden spoons kept them entertained: 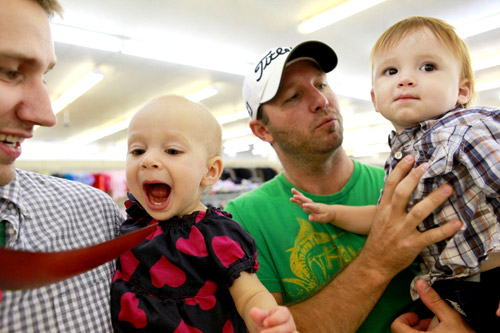 Seriously, every time John brought it near Clara’s mouth she opened wide like a bald little baby bird: 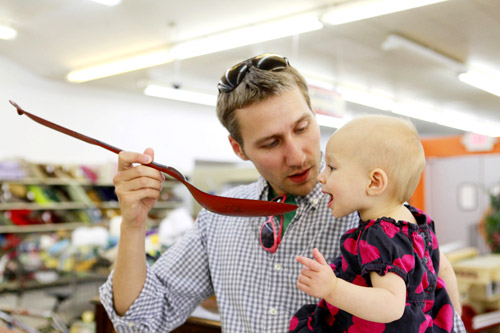 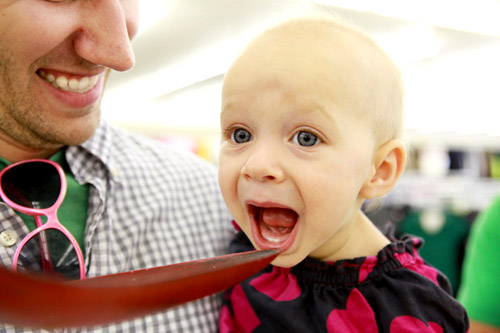 And while we’re on the Goodwill hunting topic (I’ll pause while someone says “how about them apples”), what treasures have you found at Goodwill or Salvation Army or other places of the like? Have you seen anything that was so mind-numbingly crazy that you actually had to pick it up and examine it more closely to make sure it was, in fact, real (for me it was the gilded ceramic double unicorn vase – I thought they only existed in alternate universes). Come on, it’s Thursday afternoon. Let’s gab.

Psst- A big fat thanks to sweet Katie Bower for being such an amazing host and friend and fellow weirdo. So glad we met thanks to this crazy world of blogging and actually surpassed the “blog friend” title to become real life friends. Miss you already. And you didn’t burn that fajita meat, it was just well done. Just the way I like it.