After a few running-related post mentions (like this, this and this), I’ve gotten a bunch of requests to write a more in-depth post about my hobby – so I’m veering off home topics just for today (like we’ve done with hair-cutting, Eminem, nursing, and Clara’s birth story to name a few other times). But don’t worry, I’ll be back with more deck progress on Monday (it’s actually starting to really LOOK LIKE A DECK – you have no idea how exciting that is to us). As for the subject of running, I’ve hesitated to tackle this subject a few times, because although I call myself a “runner” and it’s a hobby I’ve enjoyed for over a decade, I’m certainly no expert. I don’t subscribe to any strict running lifestyle or rigorous routine. But I do run races (usually 10Ks, although I’ve done one half marathon). And I enjoy my Runner’s World subscription (despite Sherry’s jokes that it’s the same articles each month about stretching and running shoes just slightly repackaged). 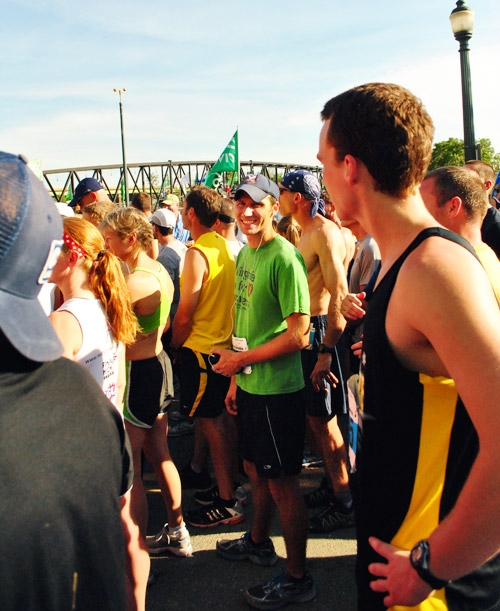 How I Got Started: I got the running bug my second year of college (2002) after a couple of failed attempts to get into it before that (I never made it past the track team “interest meeting” in high school). It didn’t stick until my roommates (one was already a runner, the other was a newbie like me) welcomed me on their nightly 20-minute jogs one unseasonably warm January. What was different about this attempt? I think because for once the act of running took a backseat to other things like socializing with my friends and enjoying the great outdoors. Shortly after that, another friend convinced me to sign up for a 10K she was doing later that spring – oh the things college guys do for college women. That was Richmond’s Monument Avenue 10k, a race I’ve now done every year since (2012 being my 11th consecutive time). I threw up at the end of that first one, but apparently not enough to turn me off to the whole running thing. Though that girl and I never worked out, fortunately I snagged myself another one… 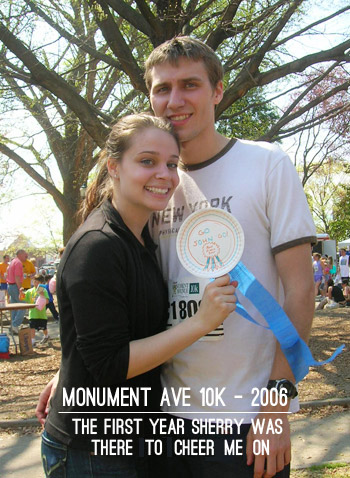 Why I Run: Let’s start with the usual suspects. I enjoy the fitness benefits of it (mainly it makes me feel better about occasionally eating junk food) and it’s a great stress reliever. I like the self-competitiveness of it – trying to better a race time or run a longer distance. But I actually like it most for the music. Weird, I know. But the main way I kept myself motivated to run through college was so that I could listen to a CD I just bought (remember the Discman?). To this day I geek out making special playlists for each race, crafting it to be just about as long as I think I’ll be running – interspersing slow songs as reminders to pace myself and strategically putting fast beats towards the end to help me keep from fizzling out. I did once get a sarcastic “har-har” from Sherry when I explained that MJ’s “Wanna Be Startin’ Somethin'” belonged at the beginning of my playlist because that’s when, duh, I’m starting something. 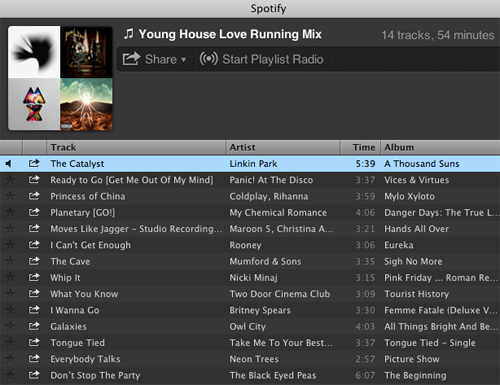 I also like to run for the exploration of it all. My dad (who is 67 and faster than me) likes to run the same loop so he can gauge his pace against familiar landmarks. I, on the other hand, prefer to try out new routes and take random turns just to see where it will take me and what scenery I’ll encounter (one of the reasons Runner’s World’s Rave Runs photos often serve as my laptop’s wallpaper). I love getting “lost” on trails so that I can subconsciously add miles finding my way back. Or weaving through city blocks downtown to check out some of Richmond’s coolest homes. Basically, doing circles around a track is my nightmare. Unless I’ve made a good playlist for it, of course.

My Training Schedule: I’d love to share a running routine with you guys, but I don’t have one. I used to aim for 3 days a week, but now 8-10 times a month is a good month. Part of the reason I sign up for races is to guarantee at least one run in my future – and hopefully a few in advance to make sure my body remembers how to put one foot in front of the other. My most disciplined year was back in 2007, when I really pushed myself to get a good time in the Monument 10k. My 10+ mile training runs paid off with my fastest 10K time yet (and still) at 46:23. It also gave me the confidence to run my first (and only) half marathon two weeks later. That earned me a 1:52:27 time and a case of runner’s knee that has haunted me ever since. 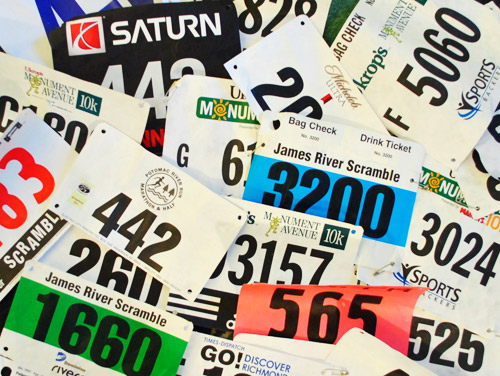 My Goals: I have secret aspirations of doing a marathon sometime in my lifetime, but despite the physical therapy I did after the injury in 2007 – my knee still starts to complain once I get close to double-digit mileage. Sherry also reminds me that some of my first words after completing the half marathon were “Don’t ever let me do a marathon. I can’t imagine having to do this run twice in a row.” But that was five years ago, so I’m thinking of trying to tackle another half sometime soon to see if it leaves me with the same impression. 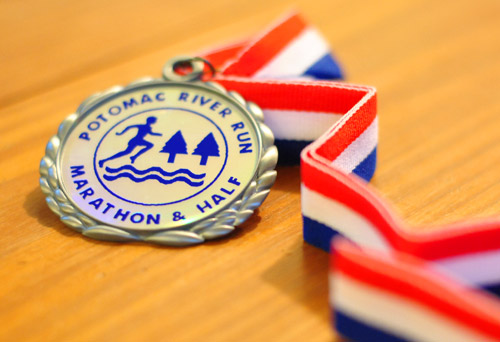 Ultimately I want to keep running fun. Right now I get a lot of joy from it – whether from music, scenery, a cheering race crowd, a good conversation with a running buddy or just pushing myself that extra mile. So if I never introduce a training regime of speed drills and hill workouts to my calendar, I’d die plenty happy. Just give me my running shoes, my iPod (with the Nike+ app), and perhaps Clara in her jogging stroller and I’ll be one content runner. Well, and I’d love to have Sherry join me too, but the bad ankle she developed from being one of the fastest girls on her track/cross country team as a teen won’t let her do much more than a fast walk without a swollen grapefruit-looking-ankle to show for it. 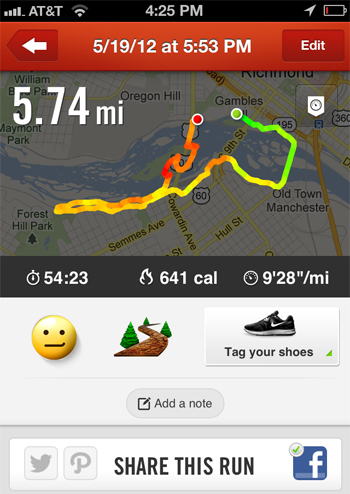 If I Had To Offer Some Advice: So now that I’ve firmly establish I don’t have the most conventional or regimented outlook on running, I can’t expect you to give much weight to my advice. BUT, just in case someone out there is looking to start running (or just do it more regularly), here’s what I would offer up as a few things to try: 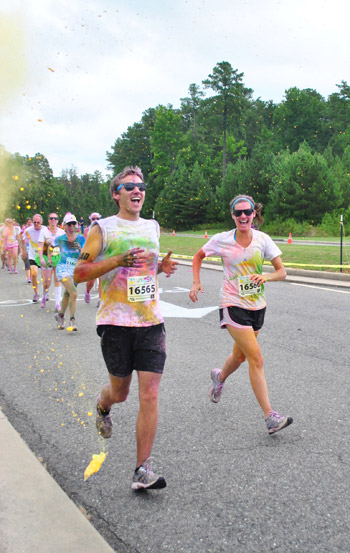 Okay, now here’s the part where all you other runners (hardcore or casual like me) can raise your virtual hand and tell me a little bit about your running-self. What’s your favorite part about running? How do you keep yourself motivated? Any particular personal best or success stories you wanna share?

Reader Redesign: Things Are Looking Up
How To Build A Deck: Almost There!